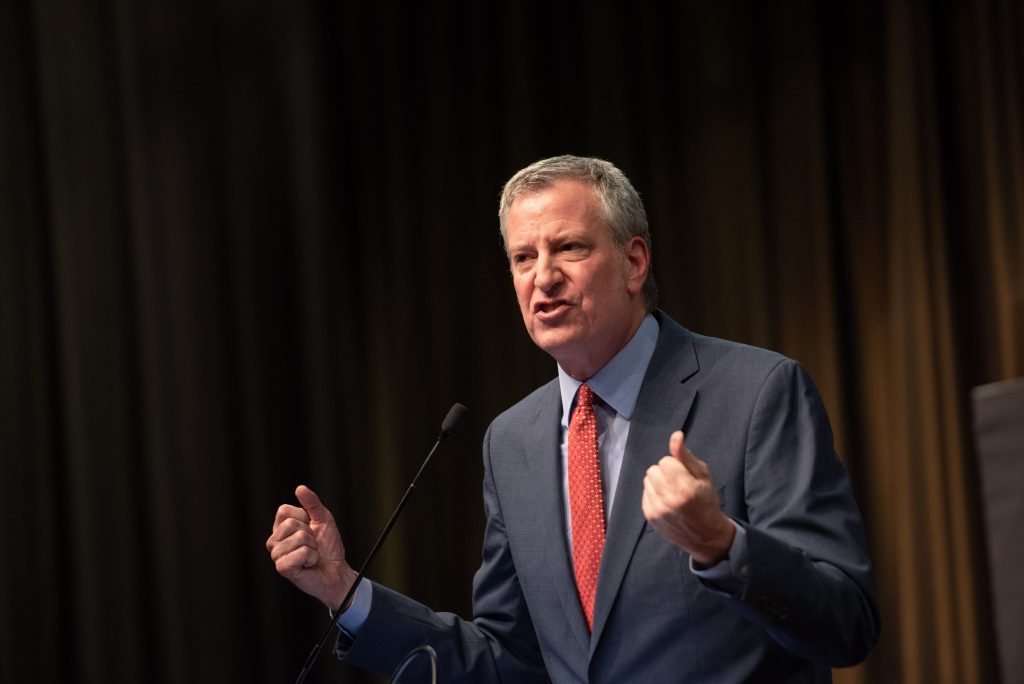 Stung by blistering criticism over his absence from the city during this past weekend’s power outage in Manhattan, Mayor Bill de Blasio said Wednesday that he will remain in New York until the current heat wave ends.

De Blasio was campaigning in Iowa for his long-shot presidential bid on Saturday night when a blackout in the city left 90,000 people without electricity. He returned late the next afternoon, after Gov. Andrew Cuomo and Council Speaker Corey Johnson were widely praised for their stepping in to handle the crisis.

Cuomo even joked about a suggestion he use his constitutional right to suspend the mayor for incompetence. The mayor is now taking no chances. He announced that he was canceling all campaign trips until after the weekend, when a heat wave expected to reach 111 degrees is over.

“I am staying here until we get through this heat wave, which sounds like all the way until Sunday, maybe later, I am not sure yet, but whatever it takes,” de Blasio told Hot 97 radio’s “Ebro In The Morning” show.

De Blasio said that the weather in the next few days will be the hottest of his five-year-old mayoralty. He dismissed suggestions that he was derelict by not being around during the blackout.