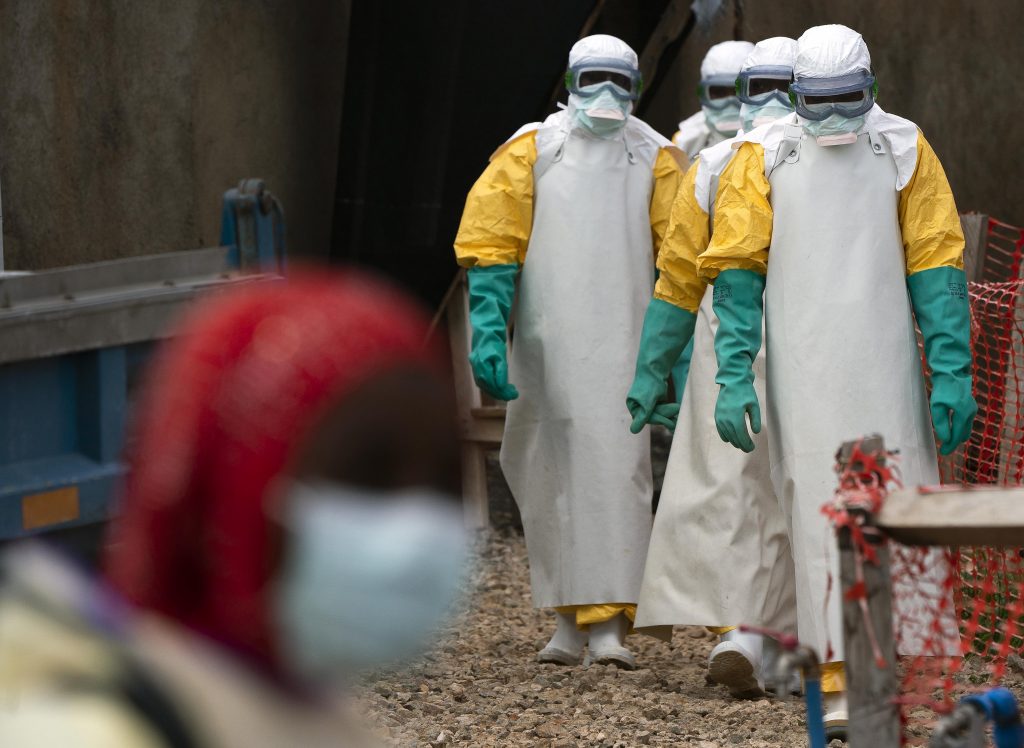 Congolese soldiers and police will enforce hand-washing and fever checks now that the deadly Ebola outbreak has been declared an international health emergency , authorities said Thursday.

Soldiers and police will “force” people who resist taking the key steps to help contain the disease that has killed more than 1,600 people in the past year , said the outbreak response coordinator at Congo’s health ministry, Dr. Aruna Abedi.

“It’s not possible that someone refuses to wash their hands and have their temperature checked at a very critical moment in this outbreak,” Abedi told reporters in Goma, the city of more than 2 million people where a first Ebola case was announced early this week. The major regional crossroads is on the Rwanda border and has an international airport.

The World Health Organization’s rare emergency declaration Wednesday night for the second-worst Ebola outbreak in history came after a WHO expert committee declined on three previous occasions to recommend it, to the impatience of some health experts who for months had expressed alarm.

Congo’s increased use of soldiers and police could bring objections from some residents and health workers in an outbreak taking place in what has been called a war zone.

This outbreak is like no other, unfolding in a turbulent part of northeastern Congo where dozens of rebel groups are active and wary communities had never experienced the disease before. Health workers have faced misinformation and even deadly attacks that have hampered the critical work of tracing contacts of infected people and deploying an experimental but effective Ebola vaccine.

Wednesday’s declaration quickly led to fears among some Congolese authorities and residents that governments might close borders or take other measures that could hurt the local economy. Congo’s health minister has resisted the characterization of the outbreak as a health emergency.

Rwanda’s government said surveillance measures at the border would be tightened, but traffic was flowing normally through the border on Thursday.

One Congolese, 25-year-old Clovis Mutsuva, told The Associated Press that while the declaration might bring in needed funds to help contain the outbreak, any border closures would make locals “more unhappy.” A lot of key local merchandise such as fuel comes from Kenya and neighboring Uganda, Mutsuva said.

“This scares us because Goma risks becoming isolated from the rest of the world,” added Katembo Kabunga as some people in the city received vaccinations.

While the risk of regional spread remains high, the risk outside the region remains low, WHO chief Tedros Adhanom Ghebreyesus said after Wednesday’s announcement. Last month saw the first confirmed cases in Uganda and a case just 43 miles from the border with South Sudan, where a recently ended civil war badly weakened the health system.

The international emergency “should not be used to stigmatize or penalize the very people who are most in need of our help,” Tedros said. WHO has estimated “hundreds of millions” of dollars would be needed to stop the outbreak.

Some aid groups say they hope the declaration will spark a radical shift in Ebola response efforts to help address community resistance. The medical charity Doctors Without Borders said the outbreak is still not under control.

This is the fifth such declaration in history. Previous emergencies were declared for the devastating 2014-16 Ebola outbreak in West Africa that killed more than 11,000 people, the emergence of Zika in the Americas, the swine flu pandemic and polio.

WHO defines a global emergency as an “extraordinary event” that constitutes a risk to other countries and requires a coordinated international response. WHO was heavily criticized for its sluggish response to the West Africa outbreak, which it repeatedly declined to declare a global emergency until the virus was spreading explosively in three countries and nearly 1,000 people were dead.