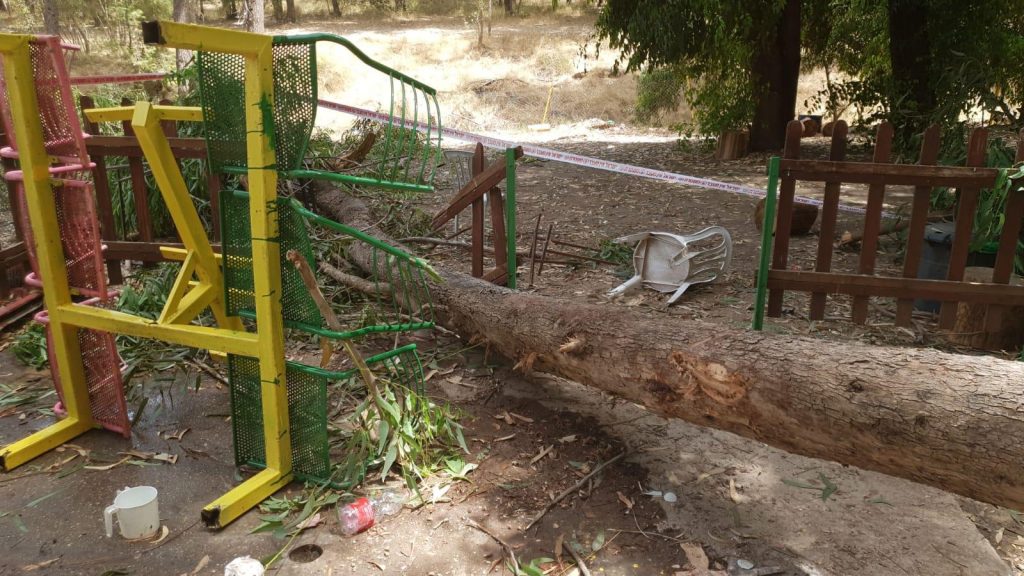 A 10-year-old boy from southern Israel was killed in tragic circumstances on Wednesday morning.

The incident occurred at a park near the southern city of Kiryat Gat, when a large tree branch collapsed onto a park bench, crushing a 10-year-old Bedouin boy.

MDA emergency responders rushed to the scene and attempted to resuscitate the child, but were ultimately forced to pronounce him dead at the scene.

The circumstances surrounding the incident and the tree’s sudden collapse remain unclear, and police have opened an investigation into the child’s death.

“When we got there, we saw a huge tree branch which had fallen on a park bench where the boy was sitting,” said MDA senior paramedic Ronen Shunam and paramedic Yisrael Ben Yehudah.

“The boy was unconscious, had no heartbeat and was not breathing. He had a serious head injury. We performed a number of medical checks. His condition was critical, and within a short time we were forced to declare his death.”