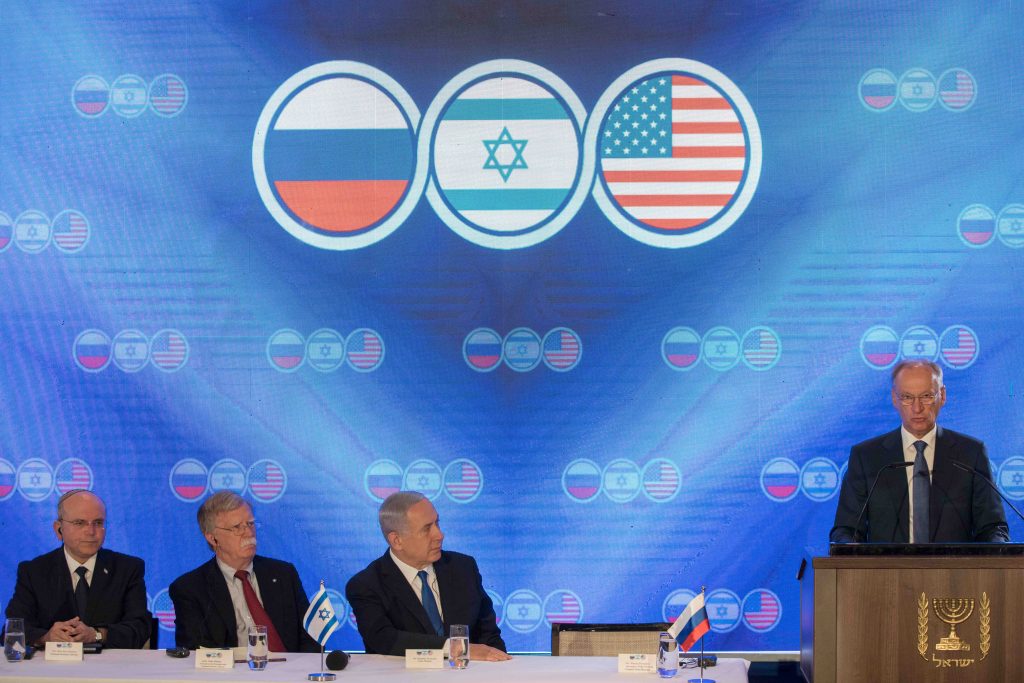 The United States and Israel have told Russia that any final peace agreement in Syria will have to include the withdrawal of Iranian forces not only from Syria but from Lebanon as well, according to Israel’s Channel 13 on Tuesday.

Iranian withdrawal from Syria has long been a public demand on the part of Israel, but this would be the first time its departure from Lebanon, where it is accused of building advanced missile factories for Hezbollah, was posited as a condition for a peace deal.

A senior American official was quoted in the report as saying that “an Iranian exit from Syria alone would not solve anything if the problem was simply moved to Lebanon or Iraq.”

U.S. officials reportedly stressed to the Russians that it was incumbent upon them to see to a removal of Iranian heavy weapons from Syria as a first step, only after which it could expect reciprocity from Washington.

After the trilateral meeting, Russia issued statements in support of Iran’s presence in Syria and rebuking Israel for attacking Iranian targets in the country. An envoy was also sent by Moscow to Tehran to explain the situation, but Iranian officials reportedly remained worried about the possibility of Russia collaborating with the U.S. and Israel against Iranian interests.