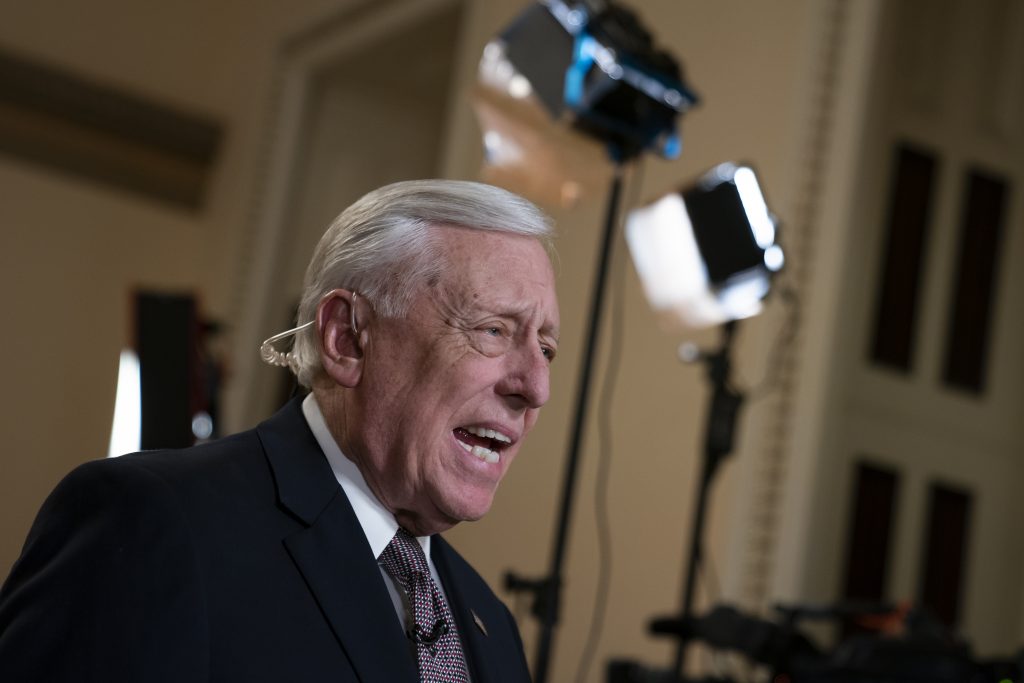 President Donald Trump pressured fellow Republicans in the U.S. House of Representatives on Tuesday to support him and vote against a symbolic measure condemning his racially charged attacks on four minority Democratic congresswomen.

Outrage sparked by Trump’s Sunday tweetstorm – in which he told the group of congresswomen to “go back and help fix the totally broken and crime infested places from which they came” – has since diverted attention from all other business in Washington.

All four lawmakers are U.S. citizens; three were born in the United States.

Democrats, who have a majority in the House, were expected to pass the symbolic resolution of condemnation on Tuesday evening.

Republicans formally objected after Speaker Nancy Pelosi said during a floor speech that Trump’s tweets were “racist.” Led by Rep. Doug Collins of Georgia, Republicans moved to have her words stricken from the record, a rare procedural rebuke.

After a delay exceeding 90 minutes, No. 2 House Democrat Steny Hoyer said Pelosi had indeed violated a House rule against characterizing an action as racist. Hoyer was presiding after Rep. Emanuel Cleaver of Missouri stormed away from the presiding officer’s chair, lamenting, “We want to just fight,” apparently aimed at Republicans. Even so, Democrats flexed their muscle and the House voted afterward by party line to leave Pelosi’s words intact in the record.

Trump and Republican leaders canceled a late-afternoon meeting as the drama wore on.

A relatively small group of Republican lawmakers have spoken out against Trump’s tweets about the congresswomen: Alexandria Ocasio-Cortez of New York, Ilhan Omar of Minnesota, Ayanna Pressley of Massachusetts and Rashida Tlaib of Michigan.

Their criticism has been muted. But the House vote will force them to either stand against their party’s leader, who has strong support among conservatives, or effectively defend him.

House Republican leadership recommended members vote against the resolution, which says the House “strongly condemns President Donald Trump’s racist comments that have legitimized and increased fear and hatred of new Americans and people of color.”

On Tuesday, Senate Republican Leader Mitch McConnell told reporters that he thought “everybody ought to tone down their rhetoric” and focus on issues, but he stopped short of condemning Trump’s remarks.

“The president is not a racist and I think the tone of all of this is not good for the country, but it’s coming from all different ideological points of view,” McConnell said.

Trump’s attacks on the four progressive congresswomen – known as “the squad” – have been viewed as an effort to divide the Democrats, who won control of the House of Representatives in 2018 and have the power to thwart his legislative agenda.

At his rallies, Trump has often talked about proposals from the progressive wing of the Democratic Party, which he calls extreme, as he seeks to energize his political base – and attract moderate voters – ahead of the November 2020 presidential elections.

Trump has also sought to highlight divides within the House Democratic caucus, where leaders have struggled to work with the progressive newcomers, straining party unity.

Earlier on Tuesday, Trump had warned Republicans on Twitter against voting against him. “Those Tweets were NOT Racist. I don’t have a Racist bone in my body! The so-called vote to be taken is a Democrat con game. Republicans should not show ‘weakness’ and fall into their trap.”

In response, Ocasio-Cortez tweeted: “You’re right, Mr. President – you don’t have a racist bone in your body. You have a racist mind in your head, and a racist heart in your chest.”