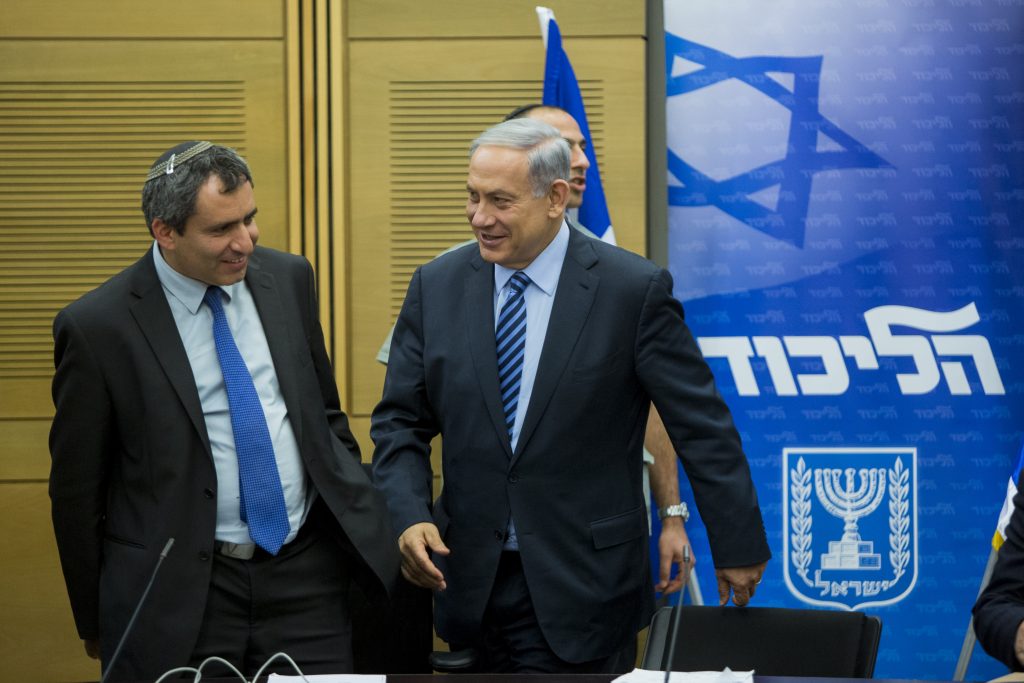 An Israeli official close to Prime Minister Binyamin Netanyahu accused British Labour Party leader Jeremy Corbyn of Jew-hatred on Tuesday, remarks likely to fuel acrimony in and around the opposition party as it struggles with anti-Semitism probes.

Netanyahu’s right-wing government has largely reserved comment on the furor over Corbyn – a veteran and vocal pro-Palestinian campaigner – with aides citing reluctance to be perceived as meddling in Britain’s internal affairs.

But two Israeli officials parted from that reticence on Tuesday when asked about the BBC Panorama findings.

“We don’t decide for the British who to vote for, of course, but we have to state our position. I think Corbyn has proven himself, more than once or twice, to be a figure who quite hates the State of Israel and hates the Jewish people,” Zeev Elkin, a member of Netanyahu’s security cabinet and Likud Party, told Israel’s Army Radio in an interview.

“People often try to hide behind this anti-Israeli mantle and say, ‘We are not anti-Semitic, we’re only criticizing the State of Israel and its policy.’ And the example of what’s happening in the Labour Party under Corbyn shows the extent to which this cover is no true cover.”

“There is no doubt that Labour, in Corbyn’s image, is a very big problem for Israel’s foreign relations,” she told Israel’s Reshet 13 TV.

Corbyn has long denied being anti-Semitic – an accusation also leveled against him on Monday by the frontrunner to become Britain’s next prime minister, Boris Johnson of the Conservative Party.

The festering controversy has played a part in British Labour’s failure to take electoral advantage of the Conservative government’s turmoil over Brexit.

Israel’s Labor party, which is also in the opposition, last year announced it was breaking off relations with Corbyn, citing what it described as his hostility toward the Jewish community and his “very public hatred” of Israeli government policies.

After the BBC expose aired on Wednesday, Israeli Labour leader Amir Peretz signaled his party would now consider all of the British counterpart party off-limits.

“As far as I’m concerned, I have no intention of generating contacts with (Britain’s) Labour as long as Corbyn is there. I do not intend to allow anyone from among us to have contacts of that kind,” Peretz told Army Radio. “I think he has crossed all the red lines.”