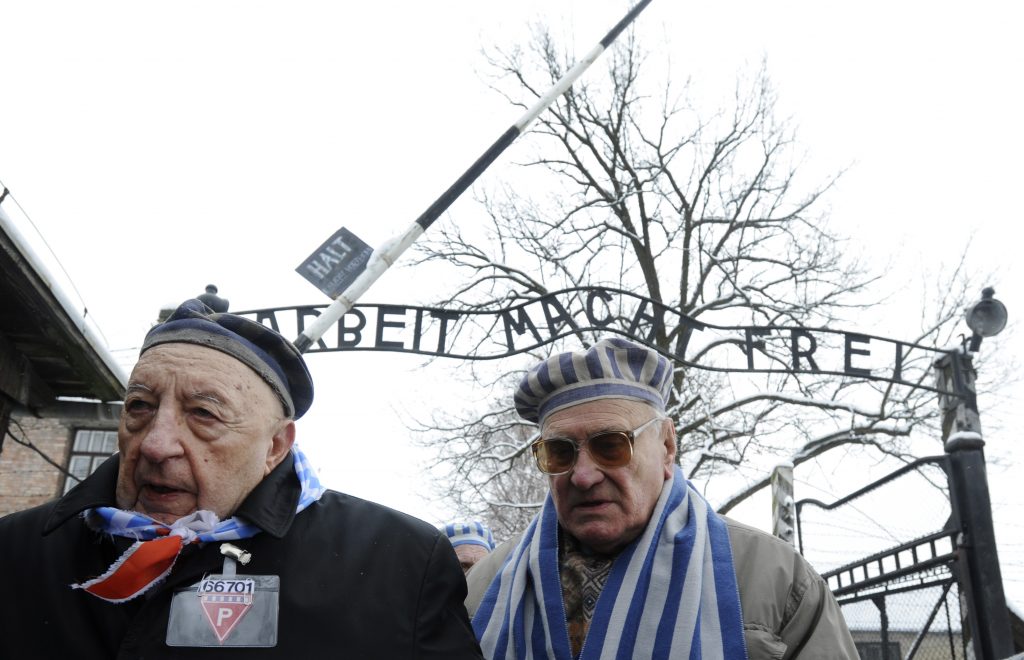 Oregon public-school students will be required to learn about the Holocaust and other genocides under a bill signed into law by Gov. Kate Brown on Monday, a measure that was in response to spikes in anti-Semitic incidents across the country.

The law was introduced by 14-year old Claire Sarnowski from suburban Lake Oswego. She came up with the idea through an unlikely friendship with 92-year-old Holocaust survivor Alter Wiener, who died last year after he was struck by a car. The two met four years ago when Sarnowski attended one of Wiener’s talks about surviving the concentration camps.

Sarnowski told lawmakers earlier this year that Holocaust education should be required in all schools to ensure history doesn’t repeat itself. “Learning about genocide teaches students the ramifications that come with prejudice of any kind in society,” she said.

Beginning in the 2020-2021 school year, schools must provide instruction to “prepare students to confront the immorality of the Holocaust, genocide, and other acts of mass violence and to reflect on the causes of related historical events.” Schools must also encourage cultural diversity and emphasize the importance of protecting international human rights.

Eleven other states require Holocaust education in schools, according to the Anti-Defamation League. Washington state’s governor signed a law in April that only “strongly encourages” teaching the Holocaust.

“Today more than ever, we need the learning opportunities that a bill like this will bring to our schools,” said Brown at a signing ceremony.

The bill comes as memory of the Holocaust fades. A recent poll found that two-thirds American millennials surveyed could not identify what the Auschwitz concentration camp was.

Some say that those awareness gaps can have consequences. Anti-Semitic assaults tripled in 2018 from 2017 levels, according to the Anti-Defamation League. Nearly 60 Jewish people were physically assaulted last year, including the 13 people who were killed or injured in the Pittsburgh synagogue massacre. Anti-Semitic incidents are especially on the rise at the schoolyard, with reported incidents at K-12 schools quadrupling from 2015 to 2017.