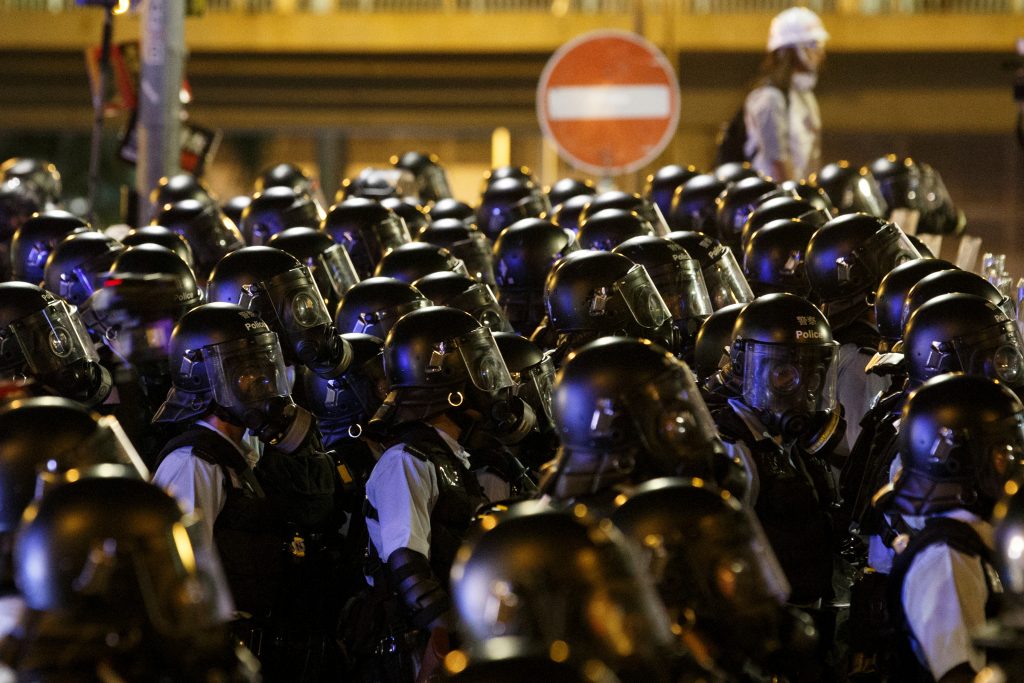 Hong Kong leader Carrie Lam said on Monday protesters who clashed with police on the weekend were rioters, a legally loaded term in the city, and she supported the police in upholding the law and seeking perpetrators.

Lam made the comments at a hospital where she visited three police officers injured in violent disturbances on Sunday between police and demonstrators angry about an extradition bill.

Hong Kong has been rocked by large and sometimes violent street protests against the extradition bill over the past month, which many city residents see as a threat to their freedoms, plunging the former British colony into its biggest political crisis since it was handed back to China in 1997.

“We thank the police officers for maintaining social order loyally and professionally, but they have suffered in attacks from those rioters – they can be called rioters,” she said.

Some activists have been demanding that the government avoid using the term “riot” to refer to the protests. A conviction for rioting in the financial hub can carry a 10-year prison sentence.

Tens of thousands of people attended Sunday’s protest which ended in chaos in a shopping mall, with scores of protesters threw umbrellas, hard-hats and plastic bottles at police who fired pepper spray and hit out with batons.

Lam said more than 10 police were injured with six hospitalized.

The government information office said 28 people, including police, were injured.

Security chief John Lee said the government was concerned at an apparent escalation of violence by activists who threw bricks and iron bars.

“We found that people who attacked the police were very organized … they are well-planned and there are plans to deliberately do damage and disrupt social stability,” Lee said as he visited the hospital with Lam.