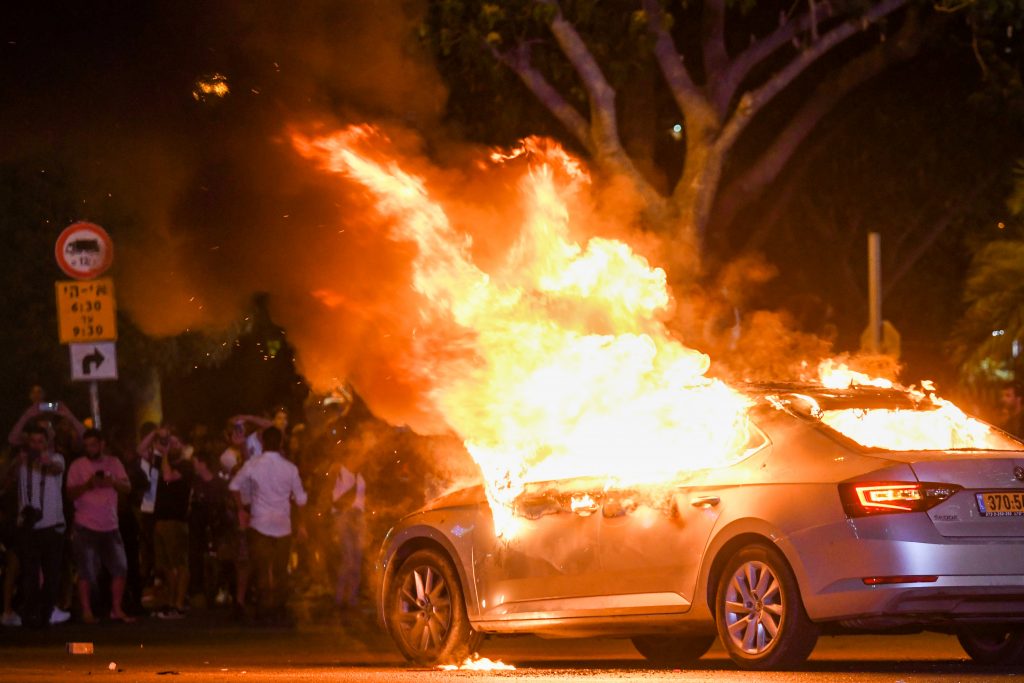 Ethiopian community members are set to protest again Monday against the prospective release of the police officer who two weekends ago shot Ethiopian teen Solomon Teka, who later died of his wounds. A Haifa court is set to discuss the extension of the officer’s remand Monday, and police are expected not to request that his house arrest be continued.

Roads around the Knesset were closed Monday morning, as police prepared for a demonstration that is set to take place there later in the day.

The Police Internal Affairs division is the group representing police in court, and it is expected not to ask the court to require the officer to remain under house arrest. The officer has been detained thus for the past week, although he is not at his own home, as he and his family have gone into hiding. The investigation will continue, and if released, the officer will be instructed not to make any contact with anyone involved in the case.

Teka was shot two weeks ago by an off-duty policeman under circumstances that are not clear. According to police, the officer was in a park with his family during the evening hours of the Sunday night when the incident occured, when he noticed a fight breaking out among some teenagers. The off-duty officer tried to intervene and break up the fight. He identified himself as a police officer, but the youths then began throwing rocks at him. Police said the officer felt his life was in danger, and he opened fire. It is not clear if he was aiming at Teka, but the youth was mortally wounded. He was rushed to Rambam Hospital in Haifa, where he died of his wounds. Witnesses said that Taka was shot when he tried to run away from the officer.

Later theories said that the officer had shot into the ground and that the bullet had ricocheted back, hitting Teka and killing him. The officer has been suspended, and was arrested, questioned and released. He is said to be in hiding with his family. In an interview with Kan News, the officer said that had he not opened fire, “my family and I would be dead by now. They were already advancing on us with their knives drawn.”