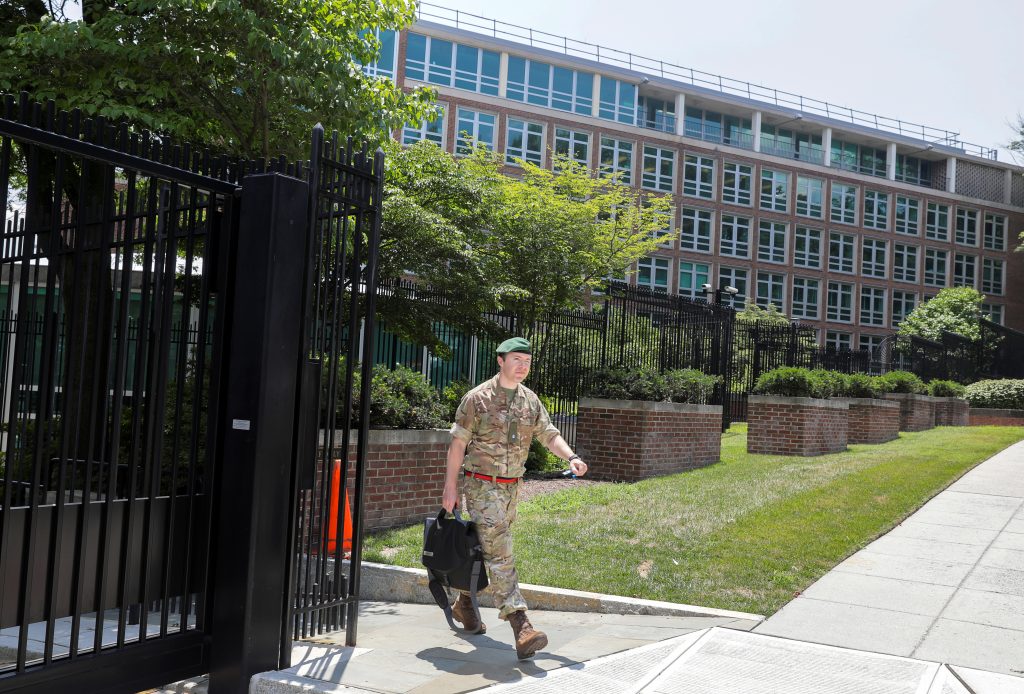 The suspect behind the leak of confidential memos from Britain’s Washington ambassador, which sparked a major diplomatic rift with the United States, has been identified, the Sunday Times newspaper reported.

Last week, Britain’s Mail on Sunday newspaper published memos from Kim Darroch in which he described Donald Trump’s administration as “inept” and “dysfunctional,” prompting an angry response from the U.S. president and causing the envoy to announce his resignation.

British officials have launched an inquiry to find the person responsible for the leak and counterterrorism police said on Friday they had launched a criminal investigation.

According to the Sunday Times, which cited unnamed government sources, a suspect had been identified and suggestions that it could be the result of a computer hack by a foreign state had been ruled out.

“They think they know who did the leaking,” an unnamed government source told the paper. “It’s now a case of building a case that will stand up in court. It was someone with access to historical files. They went in and grabbed a range of material. It was quite crude.”

Both the Sunday Times and the Mail on Sunday reported that intelligence officials from the GCHQ eavesdropping spy agency were about to join the investigation to find the suspect by scouring email and phone records.

The Mail also published further memos from Darroch, defying a police warning that media which did so could be committing a criminal act.

The paper said Darroch had written to the British government in May 2018 that Trump had decided to unilaterally withdraw from Iran’s nuclear deal with major powers for “personality reasons” because it had been agreed by his predecessor Barack Obama.

Darroch had said in the cable that the Trump administration was “set upon an act of diplomatic vandalism,” the paper said.

Britain’s most senior counterterrorism police officer had warned the media not to print any more leaked documents, saying it could breach the Official Secrets Act.

However, he was widely criticized by editors and politicians, including the foreign minister Jeremy Hunt and ex-London Mayor Boris Johnson, the two men battling to replace Theresa May as prime minister when she steps down in just over a week’s time.

“It cannot be conceivably right that newspapers or any other media organization publishing such material should face prosecution,” Johnson, the frontrunner, said.