Gov’t to Eliminate Requirements for Long List of Licenses, Permits 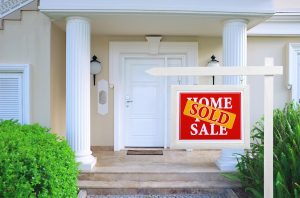 The Prime Minister’s Office has published its five-year program for reducing regulations, and the plan includes eliminating the requirements for testing and licensing in a number of fields. Altogether, the plan calls for the elimination of 40 licenses and permits, 10 official procedures for import and export of specific products, and requirements for registration of 13 professions.

Among the licenses and permits to be eliminated will be the requirement for real estate agents to be tested and licensed; licensing for establishing an auto leasing company; elimination of regulations imposed on small bakeries that were the same as for large bakeries, and many more. In addition, many of the tests that do remain will be digitized. The changes are expected to save the economy NIS 4 billion a year, and eliminate 49 million days of waiting for approval of license and permit requests.

Changes that have already been made to regulation and licensing requirements have improved Israel’s standing in the OECD’s rating of regulations. The rating, called the OECD Product Market Regulation standing, comes out every five years, and in the 2013 survey, Israel was 34th of 35 countries, only slightly less regulatory than Mexico. In the 2018 version, Israel climbed 16 slots.