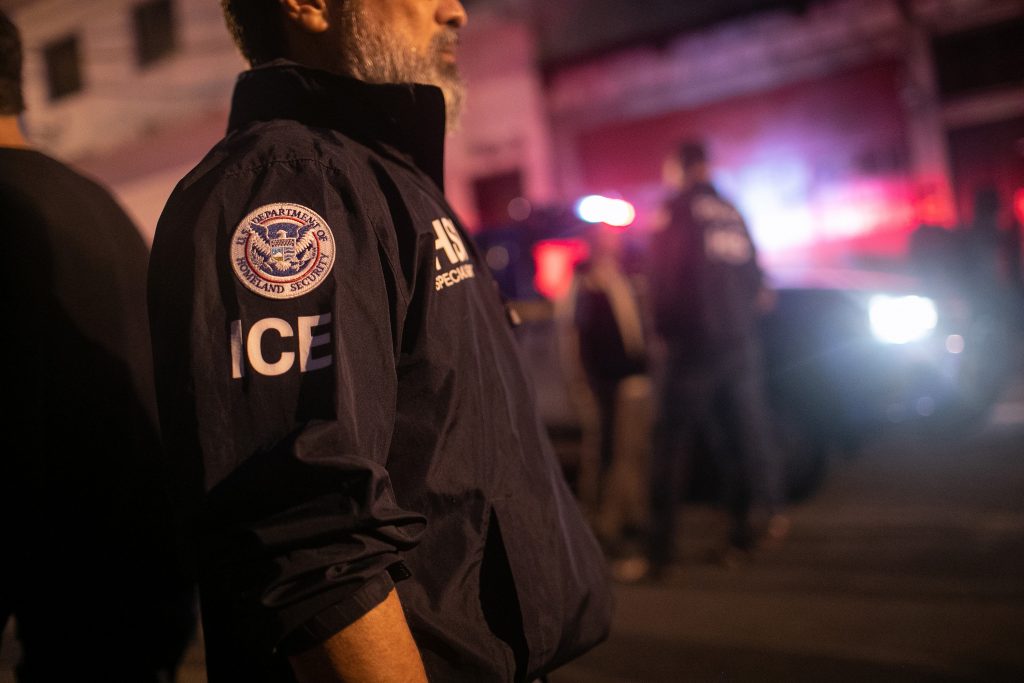 While rank-and-file cops have been given strict orders not to assist with U.S. Immigration and Customs Enforcement raids expected to take place early Sunday, at least one police union leader said cops should chip in and protect ICE agents if they are in danger.

“I … encourage you to NOT leave any ICE agent abandoned if in need of assistance and to stand shoulder to shoulder with each agent so that they too can return home safely to their families,” Ed Mullins, president of the Sergeant’s Benevolent Association, wrote in a letter to SBA members on Friday. “They are members of law enforcement just like you and we must never participate in the politics being applied upon our duty to uphold the law.”

Mullins’ message is diametrically opposed to the standing orders about how NYPD cops should handle immigration enforcement in the five boroughs.

When President Trump announced in June that ICE would be conducting raids in 10 major cities, including New York, to round up 2,000 immigrants who have already been ordered deported, the NYPD sent a department-wide memo to its officers indicating that, because New York is a sanctuary city, “members of the service while on duty may not use their time, department equipment or department property to support or assist in immigration enforcement.”

Those raids were ultimately postponed, and are expected to take place Sunday, officials said.

Since 2003, NYPD cops have been prohibited from inquiring about the immigration status of crime victims, witnesses “or others who call the police seeking assistance,” NYPD spokeswoman Det. Sophia Mason said on Saturday.

“The NYPD does not participate in civil immigration enforcement,” she said. “Our department has worked tirelessly to engage immigrant communities and include them in our policing process.” The NYPD Immigrant Outreach Unit aims to “foster positive police-community relations” with undocumented city dwellers and their advocates, Mason said.

Traditionally, when ICE agents run raids in the city, they alert the NYPD as a courtesy, but that may not be the case this time because of tensions between the Trump administration and sanctuary cities.

If an officer sees a raid being conducted, they are ordered to alert their superiors and the NYPD legal department immediately, according to the memo.

In his letter, Mullins told officers to call his office if they receive blowback from the city or the NYPD for helping ICE agents. He said cops shouldn’t be used as pawns in a political game between Trump and de Blasio. “It’s not fair to put law enforcement in this position, in fact it’s dangerous,” Mullins wrote.

On Saturday, Police Benevolent Association president Patrick J. Lynch said, “We, as police officers, have a sworn duty to protect all citizens against harm and that includes all law enforcement officers, as well. Our duties are dictated by the law and not by politics.”