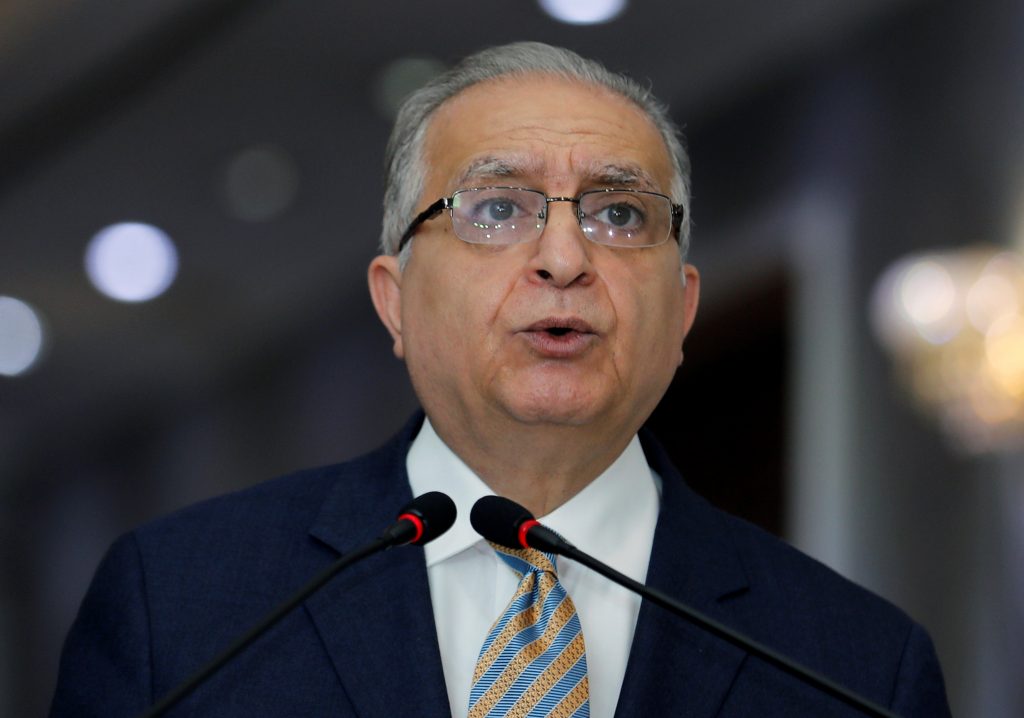 The European Union supports an Iraqi proposal to hold a regional conference amid rising tensions between the United States and Iran, the group’s foreign policy chief said Saturday.

Iraq is an ally of the two rival nations, which are on a collision course as the Iran nuclear deal threatens to unravel. Iraq has offered to mediate between Tehran and Washington, while Iran has pressed European parties to the nuclear agreement to offset the effects of U.S. sanctions.

Foreign Policy Chief Federica Mogherini, on her first visit since 2014, said the EU shared with Iraq the approach to dealing with the difficult situation, adding that the priority is to avoid escalation and any miscalculations that could lead to “dangerous consequences” for Iraq and beyond.

She said the EU is ready to support the regional conference idea “in all ways that could be useful.” She said there is a need to de-escalate and find avenues for dialogue.

Avenues of the “unknown … can be dangerous for everybody,” Mogherini said.

Iraq is under pressure to prevent its territories from becoming a battleground for the spiraling tension between Iran and the U.S., both power brokers here.

The U.S. maintains military bases and more than 5,000 troops in Iraq.

Iran backs powerful Iraqi militia groups, who played a key role in fighting Islamic State militants, and some of them are openly against the U.S. presence in Iraq. A series of unclaimed attacks on U.S. interests in recent weeks caused jitters and sparked Iraqi government decrees clearly designed to prevent a confrontation in its territories.

“The region is not prepared for a new war. We are still fighting terrorism. It is an unfinished war,” said Iraq’s Foreign Minister Mohammed al-Hakim, speaking alongside Mogherini. He said Iraq should not be a scene for this conflict “but should have a supportive role in resolving this crisis with other Arab countries, particularly Kuwait and Oman.”

The Emir of Kuwait visited Iraq last month to discuss the rising tension; while Oman has also offered to mediate between the two rivals.

Iraqi Foreign Ministry spokesman Ahmed al-Sahaf said the idea of a regional conference is being developed but the issue was raised with foreign delegations that visited Iraq.