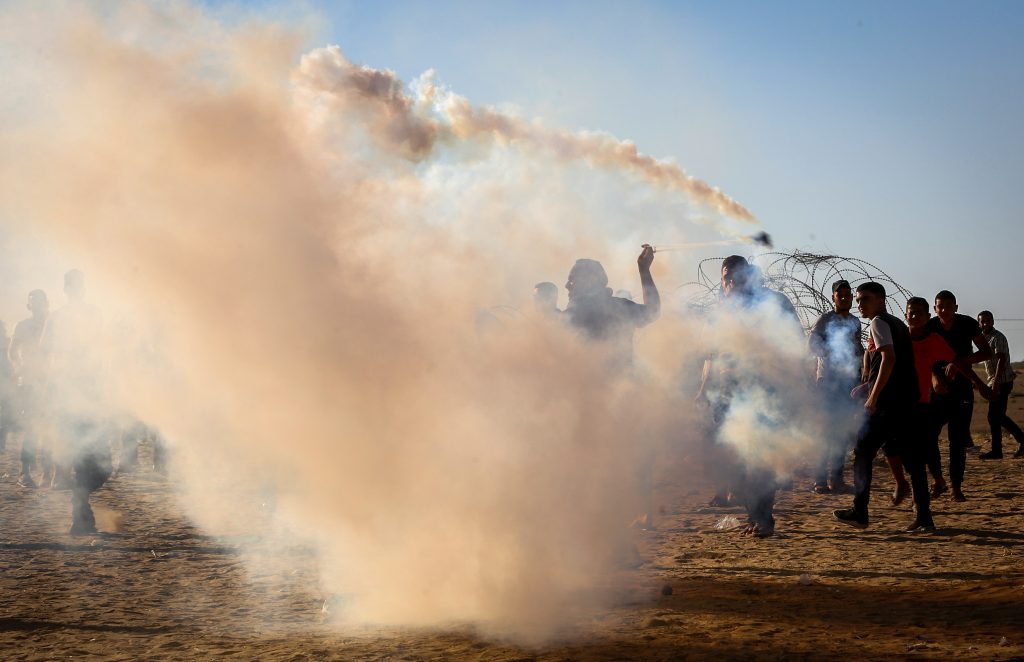 IDF forces were on high alert Friday in the Gaza border area after the shooting and subsequent death of a Hamas operative at the Gaza border. IDF forces shot the Hamas operative on Thursday, in the belief that he was a terrorist trying to cross the border fence. The army later said that the shooting had been due to a misunderstanding, as the operative was trying to prevent other Gaza Arabs from crossing the border fence.

Hamas reported that IDF forces fired Friday at a Gaza Arab in a Hamas military post. The individual was not injured. The IDF did not confirm the incident.

Hamas threatened that Israel would “pay” for the error. The Hamas military wing said that “we want to make it clear that this will not pass without a response, and Israel will bear the responsibility of its actions.” The announcement did not say what specific actions Hamas would carry out. Channel 20 reported Friday that a fierce debate was going on in the Hamas leadership over the nature of the response, with the military wing demanding a strong response, and the political leadership seeking not to aggravate the situation. The report said that Egyptian officials had informed Hamas that the IDF would respond with a “heavy hand” against violent actions by Hamas.

As the incident occurred Thursday – as Hamas was organizing its weekly Friday riot at the Gaza border – Israeli security forces were preparing for a more violent riot than has been the case in recent weeks. Over the past month, the numbers of Gaza rioters at the Friday fence events had fallen to as low as 6,000, down from more than double that number in the spring.

In the wake of Thursday’s incident, security forces were preparing for the possibility that large numbers, bearing firebombs and other weapons, could return to the border fence.

Earlier this week, Hamas declared a “state of emergency” and carried out a major military exercise, Israeli security sources said. The exercise included the closure of all passages into and out of Gaza, evacuations of several neighborhoods, and the closure of waters off the Gaza coast to fishermen. In a statement, Hamas said that the exercise “portrays dealing with a major security situation, allowing for the examination of the defense system in Gaza.” Israeli officials said it was not clear what had prompted the exercise.