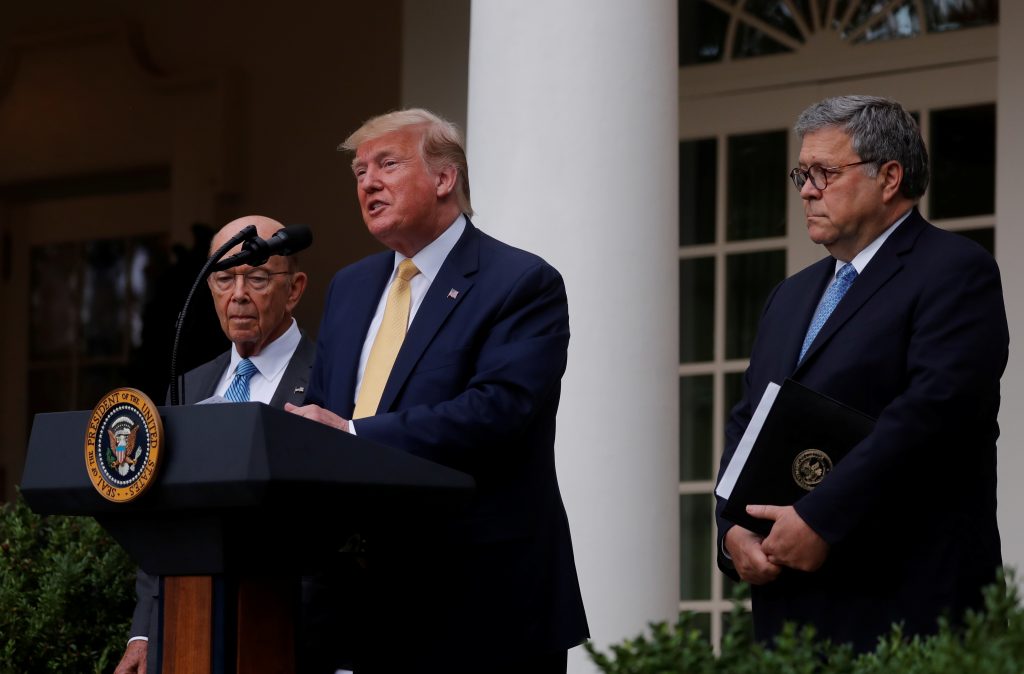 President Donald Trump was expected to back down on Thursday on plans to add a contentious citizenship question to the 2020 census, but order the government do the survey by other means, a government official told Reuters.

The official confirmed that Trump is expected to announce he will drop the legal battle to include the question on the national survey and instead direct the Commerce Department to obtain answers on citizenship through other means, but it was not clear how that would occur or how it would be funded.

The U.S. Census Bureau is part of the Commerce Department. The U.S. Constitution specifically assigns the job of overseeing the census to Congress, which complicated adding the question to the decennial survey via a presidential order.

Critics of the Trump administration’s effort say that asking about citizenship in the census discriminates against racial minorities and is aimed at giving Republicans an unfair advantage in elections. Trump and his supporters say it makes sense to know how many non-citizens are living in the country.

Republican Trump has made hardline policies on immigration a feature of his presidency and his campaign for re-election in 2020. The more than 20 Democrats vying for their party’s nomination to run against Trump question his immigration policies.

White House spokesman Hogan Gidley said Trump would do everything within his legal authority to determine and make public who is in the United States legally and who is not.

“It should come as no surprise … that the president wants to know who’s in this country legally and lawfully and who isn’t. And he’s going to do everything within his legal authority to make sure that that information is known, because the American people have a right to know,” he told reporters.

Courts had halted Trump’s attempts to add the question because of challenges from some U.S. states and civil rights groups. The U.S. Supreme Court blocked Trump’s citizenship question on June 27, faulting the administration’s rationale as “contrived.”

Trump’s decision to drop plans for an executive order was first reported by ABC News.

Opponents of the proposed census citizenship question have vowed to challenge Trump’s new action in court.

“The Supreme Court has spoken. The Trump administration’s effort to add a citizenship question to the 2020 census is unlawful. If President Trump takes executive action, we will take legal action,” the American Civil Liberties Union said in a statement.

The census is used to determine how many seats each state gets in the House of Representatives and affects how billions of dollars in federal funds are doled out.

The legal battle has also extended to how the Department of Justice has handled the case. The department, led by U.S. Attorney General William Barr, a Trump appointee, sought to shake up its legal team by replacing the lawyers involved with handling litigation on the census.

On Wednesday, a second federal judge rejected the department’s efforts, saying it had to offer detailed reasoning for the change.

Democratic Representative Elijah Cummings, chairman of the House of Representatives’ Committee on Oversight and Reform, said the House would vote on July 16 to hold Barr and Commerce Secretary Wilbur Ross in criminal contempt of Congress for failing to comply with subpoenas seeking information about the administration’s attempts to add the census question.