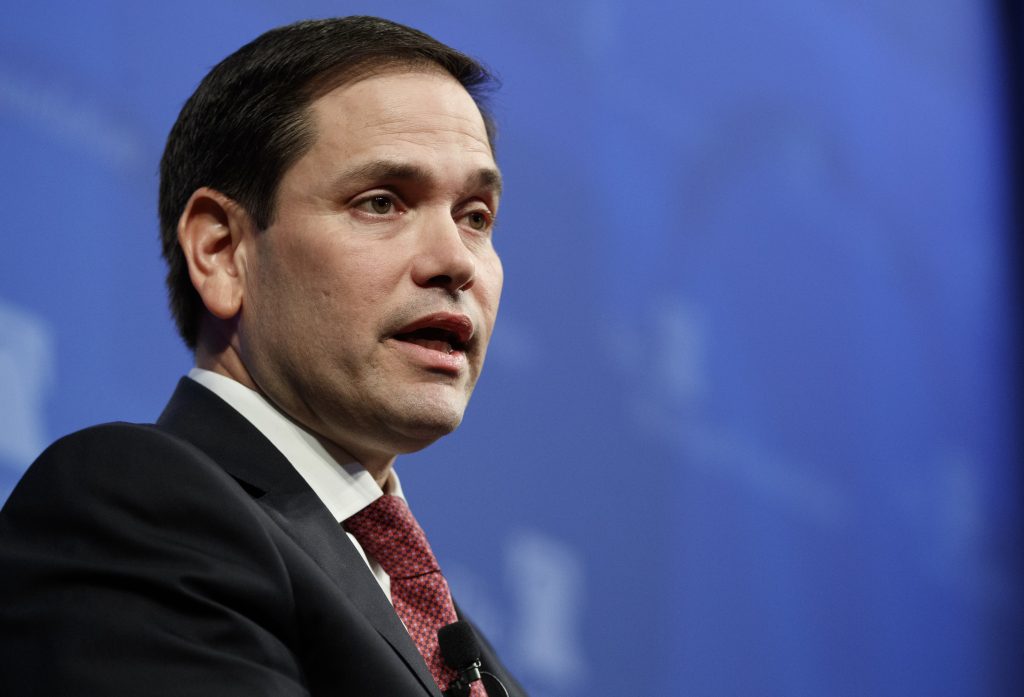 The Never Again Education Act, bipartisan legislation that would provide federal funds to provide resources and training to teach the important lessons of the Holocaust, was introduced today in the U.S. Senate by Senators Marco Rubio (R-FL), Jacky Rosen (D-NV), Kevin Cramer (R-ND), and Richard Blumenthal (D-CT). Representatives. Carolyn Maloney (D-N.Y.) and Elise Stefanik (D-N.Y.) introduced companion legislation in the House of Representatives in January. It currently has 204 bipartisan co-sponsors.

The Holocaust Education Assistance Program Fund, a fund to be established at the Department of Education, will finance grants to public and private middle and high schools to help teachers develop and improve Holocaust education programs. The funding could cover training for educators, textbooks, transportation and housing for teachers to attend seminars, transportation for survivors to be brought to a school, and field trips. The bill would also direct experts at the Department of Education to work with trained Holocaust educators to conduct regional workshops to help teachers incorporate the sensitive subject of the Holocaust into their classrooms.

“The Holocaust is humanity’s darkest hour, and we must never forget the stain it has left on history,” said Senator Rubio. “Incredibly, there are still some who deny the existence of the mass murder of six million Jewish people or, even worse, wrongly manipulate the horrors of the Holocaust to score cheap political points in today’s partisan climate. It is our duty to ensure that future generations know the history of the Holocaust in its entirety, so that the millions of lives will never be forgotten and that the evils of anti-Semitism will never be repeated.”

“There is overwhelming evidence that anti-Semitism is on the rise in the United States and across the globe,” said Senator Rosen. “We must take concrete steps to address this growing epidemic of hate, and that begins through education and understanding of one of the most horrific chapters in history. I will continue to support and develop bipartisan policy solutions to fight hate in whatever form it takes.”

“The story of the Holocaust must always be taught so that the experience of the Holocaust may never be repeated,” said Senator Cramer. “With anti-Semitism on the rise in certain parts of the country, even among some elected officials, increased education about this terrible tragedy is as important as ever.”

“With more than 200 bipartisan cosponsors in the House, and now with Senate introduction, it’s clear that the momentum for the Never Again Education Act just keeps growing,” said Rep. Maloney.