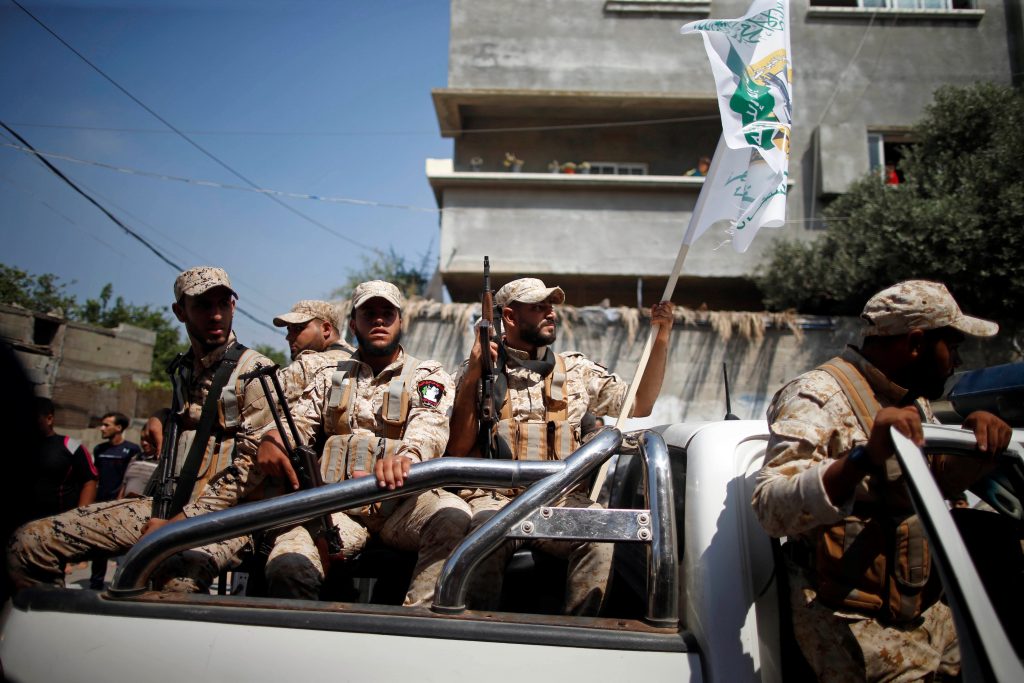 U.S. envoy Jason Greenblatt has charged that the Palestinian Authority has increased its payouts to families of terrorists in Israeli jails.

U.S. officials have criticized the PA’s prisoner stipends as fanning Palestinian violence, and Greenblatt said on Wednesday the PA had increased those payments by some 11 percent in the first months of 2019.

“PA increased pay to murderers by over 11% at the same time as they slash pay to their government workers and police,” Greenblatt tweeted on Wednesday. “More harm to Palestinians & to peace!”

The Palestinian Finance Ministry rejected the accusation as “absolutely false and hypocritical.”

Payments spiked to 75 million shekels ($21.15 million) in May 2019, which a ministry spokesman attributed to arrears payments and a bonus for the month of Ramadan. Civil servant salaries also spiked in May. Later data was not available.

Meanwhile, the Palestinian Authority on Thursday doubled the monthly payment to the mastermind of the 2014 kidnapping and murder of Gilad Shaar, Eyal Yifrach and Naftali Frenkel Hy”d, according to Palestinian Media Watch.

Five years after the arrest of Husam Al-Qawasmi, he will now begin receiving NIS 4,000 instead of NIS 2,000 a month, according to the PA’s standard pay scale. A prisoner’s monthly salary increases with prison time served.

“Having dealt personally with the prosecution of Al-Qawasmi, and having seen the evil that he represents, it is unfathomable to me that the PA pays this murderer anything,” Maurice Hirsch, head of legal strategies at PMW said, according to The Jerusalem Post.

“The PA pays millions of shekels to terrorists every day. For the PA it doesn’t matter whether you belong to Hamas, Palestinian Islamic Jihad or Fatah; whether you murdered children, women or the elderly. What is important is that you were involved in terrorism against Israel and Israelis.”