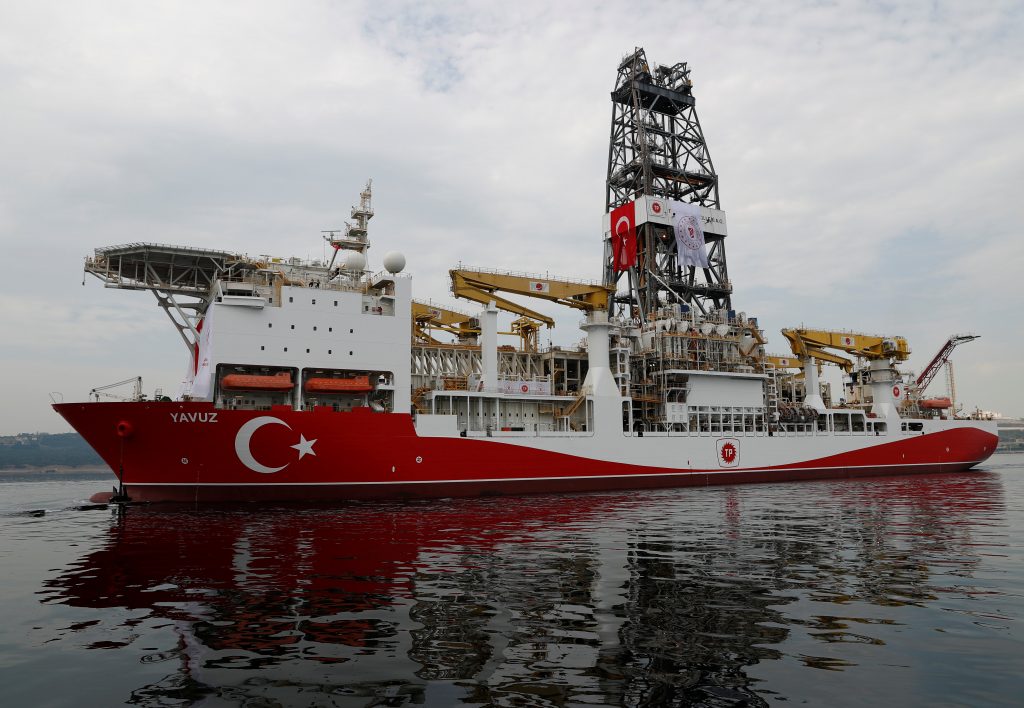 Turkey said on Wednesday it rejected Greek and European Union assertions that Turkish drilling for gas and oil off Cyprus was illegitimate, and said it showed the EU could not be an impartial mediator on the Cyprus problem.

The Yavuz drillship dropped anchor on Monday to the south of Cyprus‘s Karpasia peninsula, a jutting northeastern panhandle. It triggered a strong protest from Nicosia and a rebuke from the European Union.

In June, EU leaders warned Turkey to end drilling in waters around the island or face action from the bloc.

Cyprus was divided in 1974 after a Turkish invasion triggered by a brief Greek-inspired coup. Several peacemaking efforts have failed and the discovery of offshore resources has complicated the negotiations.

Ankara, which does not have diplomatic relations with Cyprus, says that certain areas in Cyprus‘s offshore maritime zone, known as an EEZ, fall under the jurisdiction of Turkey or of Turkish Cypriots, who have their own breakaway state in the north of the island which is recognized only by Turkey.

EU diplomats are meeting in Brussels on Wednesday to discuss any possible sanctions on Turkey over the drilling before EU foreign ministers meet on Monday.