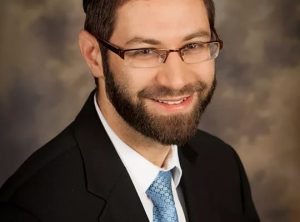 The ongoing search for Rabbi Reuven Bauman (Reuven Tzvi be Esther Baila), missing since midday Tuesday, has been augmented by a group of dedicated private volunteers as well as from an array of organizations.

Rabbi Baruch Ber Bender of Achiezer told Hamodia that the Coast Guard has downgraded their efforts in line with their protocol, but still has one boat scanning the waters of the beach. The Virginia State Police and the Virginia Fish and Wildlife Conservation Office have taken the lead in the search, supplying boats and personnel for the search.

Many private individuals have come down to Virginia to help with the search, including a group from Toms River who brought jet skis to scour the waters, as well as volunteers from Jewish organizations including Achiezer, Chaveirim of Rockland, Baltimore Shomrim, Misaskim of Baltimore and Chai Lifeline.