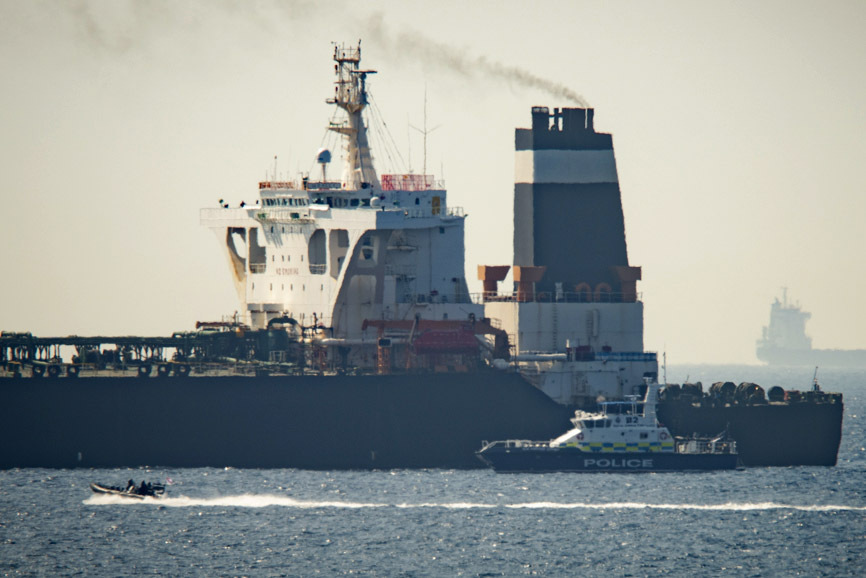 Iran’s president said Wednesday that Britain will face “repercussions” over the seizure of an Iranian supertanker last week that authorities in Gibraltar suspect was breaching European sanctions on oil shipments to Syria.

Hassan Rouhani was quoted by the official IRNA news agency as calling the seizure “mean and wrong” during a Cabinet meeting. “You are an initiator of insecurity and you will understand its repercussions,” he warned the British government, calling for the “full security” of international shipping lanes.

The tanker’s detention comes at a particularly sensitive time as tensions between the U.S. and Iran grow over the unraveling of the 2015 nuclear deal, from which President Donald Trump withdrew last year. In recent weeks, Iran has begun to openly breach limits on uranium enrichment set by the deal in order to pressure European signatories to salvage it.

Foreign Minister Mohammad Javad Zarif meanwhile denied the supertanker belonged to Iran, saying whoever owned the oil shipment and the vessel could pursue the case through legal avenues. Iran had earlier summoned the British ambassador over what it called the “illegal interception” of the ship.

The latest U.S.-Iranian tensions date back to last year, when Trump withdrew from the nuclear accord and restored heavy sanctions on Iran, including its oil industry, exacerbating an economic crisis that has sent the currency plummeting.

In the nuclear deal with world powers negotiated by the Obama administration, Iran had agreed to curb its nuclear activities in return for sanctions relief. It has offered to return to the agreement, but Trump has long rejected the deal, saying it was too generous to Tehran and did not address its involvement in regional conflicts.

In May, the United States dispatched a carrier group, bombers and fighter jets to the Persian Gulf region in response to alleged Iranian threats. The U.S. has accused Iran of involvement in the bombing of oil tankers in the Gulf and says it shot down an American drone in international airspace. Iran denies any involvement in the attacks on the tankers and says the drone had veered into its airspace.

Iran is a key ally of Syrian President Bashar Assad’s government, which is under Western sanctions linked to attacks on civilians during the country’s civil war.