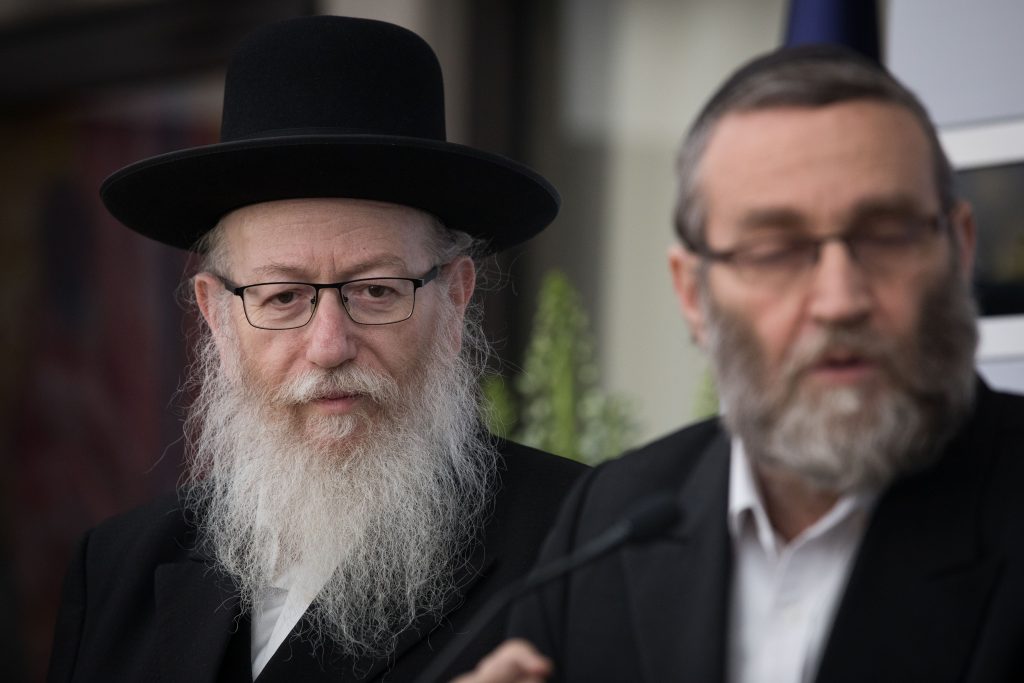 United Torah Judaism leaders condemned on Tuesday the decision of the municipality of Ramat Gan to operate public transportation on Shabbos.

Deputy Health Minister Rabbi Yaakov Litzman and Chairman of the Knesset Finance Committee Rabbi Moshe Gafni issued a joint statement calling it a violation of the status quo which has prevailed in Israel for decades, and an offense to the sensibilities of tens of thousands of Jewish residents of Ramat Gan.

They accused the mayor of the city, Carmel Shama HaKohen, of acting out of personal ambition and headline-grabbing, for which he will pay a heavy political price.

They said it is “regrettable” that Knesset Speaker Yuli Edelstein has taken the position that mayors of Israeli cities should be allowed to decide on such matters. “Edelstein has given support to the decision in Ramat Gan, even if he did not intend to do so.”

Rabbi Litzman and Rabbi Gafni concluded by saying that they would not allow the plan to go unchallenged, and will work with legal experts to prevent its implementation, which threatens kedushas haShabbos.