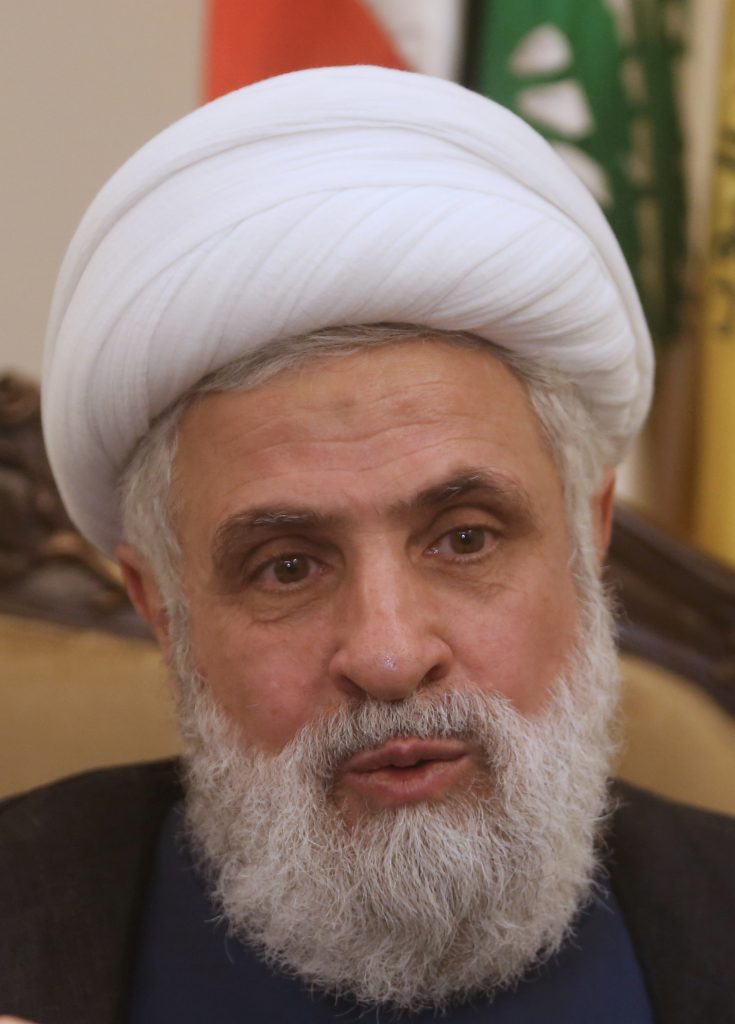 The U.S. Treasury added three top Hezbollah figures to its list of sanctioned individuals on Tuesday, including two members of the Lebanese Parliament and a security official responsible for coordinating between Hezbollah and Lebanon’s security agencies.

It was the first time the U.S. Treasury’s Office of Foreign Assets Control had designated a member of Lebanon’s Parliament under a sanctions list that targets those accused by Washington of providing support to terrorist organizations. Washington has designated Hezbollah as a terrorist group.

OFAC said it had added Amin Sherri and Muhammad Hasan Ra’ad, both members of Lebanon’s Parliament, for acting on behalf of Hezbollah. In an unusual move, it also released photos of the individuals, including one in which Iranian Quds Force commander Qasem Soleimani has his arm around Sherri’s shoulder.

OFAC said it also designated Wafiq Safaon, who is in charge of Hezbollah’s Liaison and Coordination Unit responsible for coordinating with Lebanese security agencies, under the sanctions list.

The action by the U.S. Treasury bars U.S. citizens from dealing with the three individuals and blocks any assets they may hold in the United States. It also limits their ability to access the U.S. financial system.

A Trump administration official who briefed reporters on the sanctions said the United States wanted the designations to have a “chilling effect” on anyone who does business with Hezbollah.

“The message is actually that the rest of the Lebanese government needs to sever its dealings with these figures that we’re designating today,” a State Department official said.