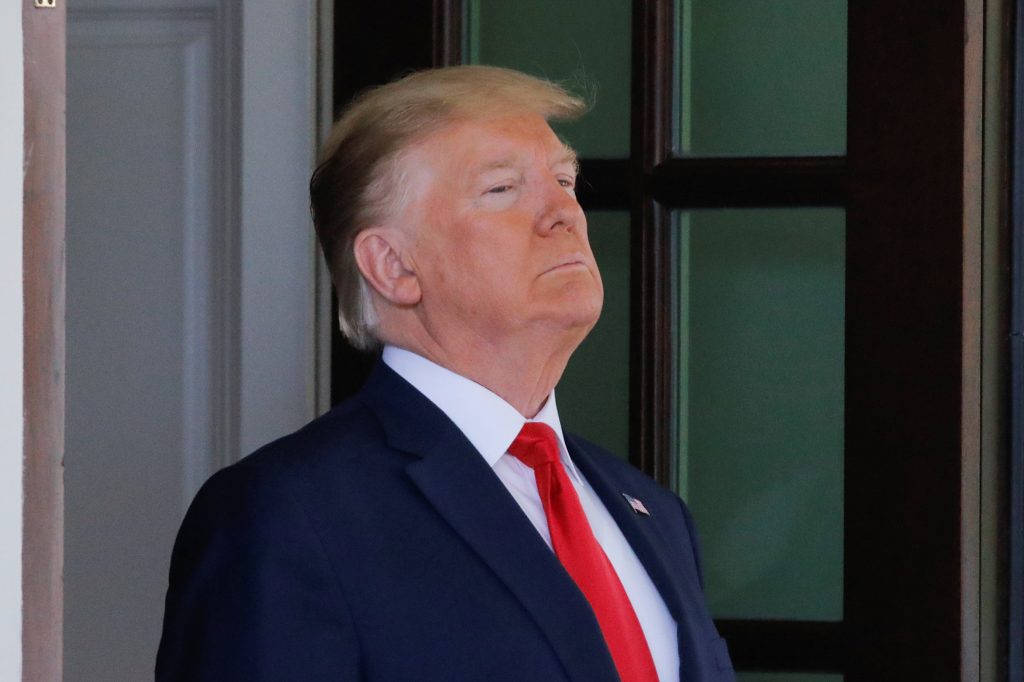 President Donald Trump’s administration on Tuesday threatened he would veto a massive defense bill being considered by the House of Representatives, saying it provides less money than he wants for the military and disagreeing with some of its policy provisions.

The version of the National Defense Authorization Act, or NDAA, up for a vote in the Democratic-led House sets $733 billion in military spending, $17 billion less than Trump’s fiscal-year 2020 budget request.

The Republican-led Senate last month passed its version of the measure, authorizing $750 billion for the Pentagon. Once the House passes its bill, the two chambers must come up with a compromise bill, which must pass both before being sent to the White House for Trump to sign into law or veto.

The administration objected as well to provisions in the House bill seeking to stop Trump from spending billions of dollars to build a wall on the U.S. border with Mexico, after he declared a national emergency in order to go ahead with construction without Congress’ approval.

It also opposed the bill’s proposed imposition of stricter limits on the deployment of U.S. troops to work along the border and the curtailing of Trump’s ability to transfer money from one project to another without consulting Congress.

Trump’s promise to build a border wall was a feature of his 2016 presidential campaign, and has been a theme of his bid for re-election in 2020.

The administration also objected to a range of provisions including some related to nuclear weapons, Trump’s plan for a “Space Force” and restrictions on detentions at the military prison at the Naval Station at Guantanamo Bay, including a proposed ban on additional transfers to the prison in Cuba.

The House is expected to vote on the NDAA later this week.

It was not immediately clear that it would pass. Trump’s fellow Republicans may vote no, and could be joined by many of the more liberal House Democrats, who object among other things to increasing defense spending without doing more to avoid waste at the Pentagon.

One of the few pieces of major legislation passed every year, the NDAA becomes a vehicle for a broad range of policy measures, as well as determining everything from military pay levels to which ships or aircraft will be modernized, purchased or discontinued.