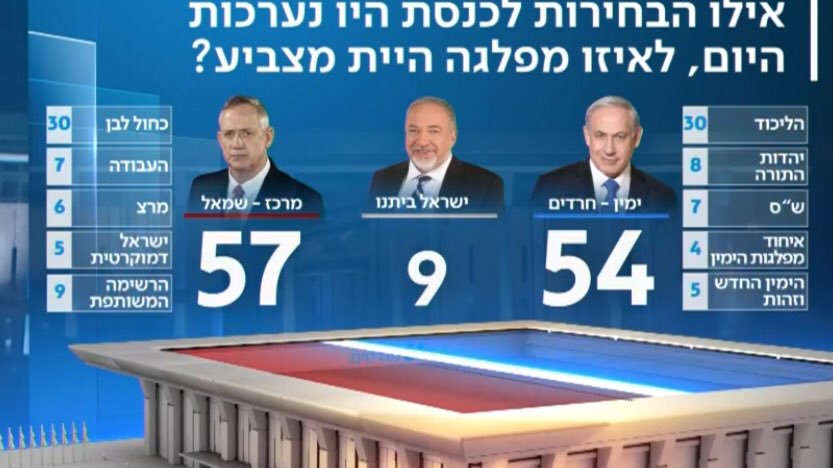 Avigdor Liberman will continue to exert a stranglehold on Israeli politics after the September elections, according to a poll released on Tuesday.

In line with other recent polls, the Kantar Institute’s opinion survey for the Kan public broadcaster found that neither a Likud-led right nor a Blue and White-led center-left would be able to form a coalition, if elections were held today.

Liberman has called for a unity government comprising his Yisrael Beytenu, Likud and Blue and White to be formed after the elections. But since both he and Blue and White refuse to join with Prime Minister Binyamin Netanyahu while he still faces corruption charges, and the prime minister seems to be determined to stay in office, the prospects of a unity government appear very dim.

According to the findings, the Likud and Blue and White parties would receive 30 Knesset seats each.

Meretz would have six, Ehud Barak’s Democratic Israel would get five, a joint list of the Zehut and New Right parties would receive five seats, and the United Right faction would receive four seats.

That would yield 54 for the right bloc without Liberman, and 57 for the left-wing Arab bloc.

The poll included 586 respondents. It had a 4.3 percent margin of error.