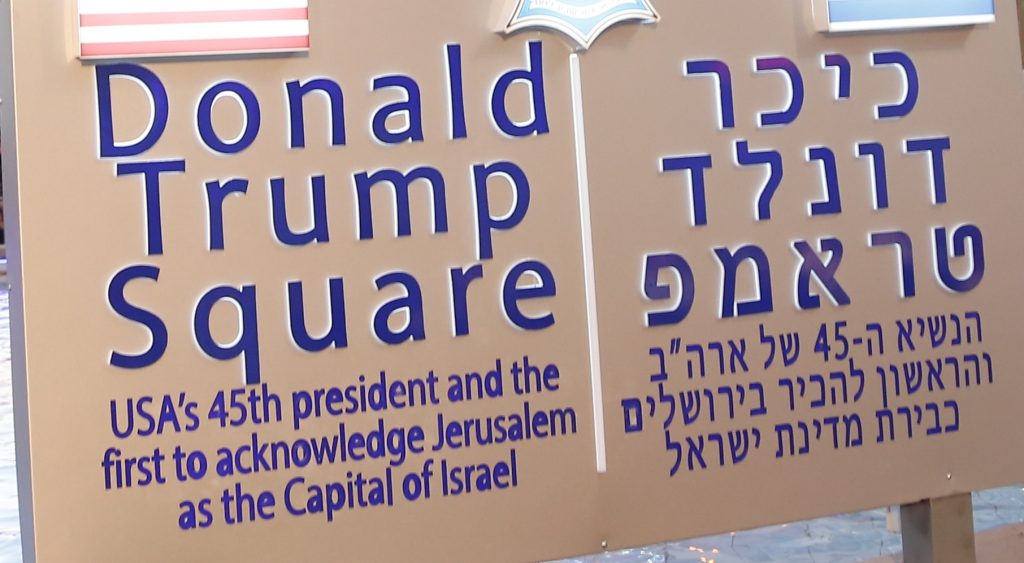 Rami Greenberg, mayor of Petach Tikvah, a city 6 miles east of Tel Aviv, said Tuesday the naming aims to show “gratitude to President Donald Trump, the U.S. president who was the biggest fan of the state of Israel,” for recognizing Jerusalem as Israel’s capital in 2017 and the Golan Heights region as part of Israel earlier this year.

“Donald Trump Square” is located near the city’s municipal building and includes a fountain with an illuminated sculpture incorporating the Israeli and American flags.

U.S. Ambassador to Israel David Friedman did not attend the inauguration ceremony, but sent a personal message saying that “President Trump deeply cares about Israel and it is clear to him Israelis understand and value this, and know these feelings are mutual.”

There is more coming. Foreign Minister Yisrael Katz, who previously served as transportation minister, has said that a new elevated train stop in the Old City of Yerushalayim would also be named for Trump.