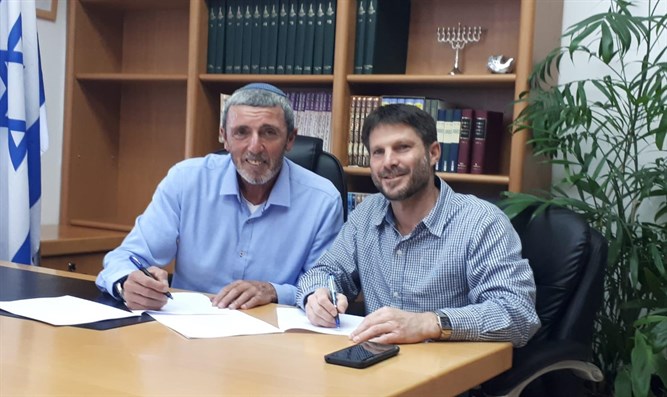 The Jewish Home and National Union Parties signed an agreement on Tuesday to run together on a joint electoral list in the upcoming elections, renewing the arrangement they agreed to for the April elections.

In a joint statement, the party leaders called on Itamar Ben Gvir to meet immediately to close a joint running agreement based on the existing partnership.

Peretz and Smotrich said that “we are at a time when it is necessary to show responsibility and consolidate unity in religious Zionism and the right wing in order to maximize the electoral potential and to prevent the waste of votes that has already prevented the establishment of a right-wing government and forced new elections.”

The two also called on Naftali Bennett and Ayelet Shaked to enter into immediate negotiations in order to run under a single list.

Shaked is yet to decide with which party she will run in the September elections, if at all.

“I congratulate Rabbi Rafi and Betzalel, who signed an agreement for a joint run between the Jewish Home and the National Union parties for the 22nd Knesset,” said Nir Orbach, director general of the Jewish Home party.