World Greek Election Winner Being Sworn In as PM
World 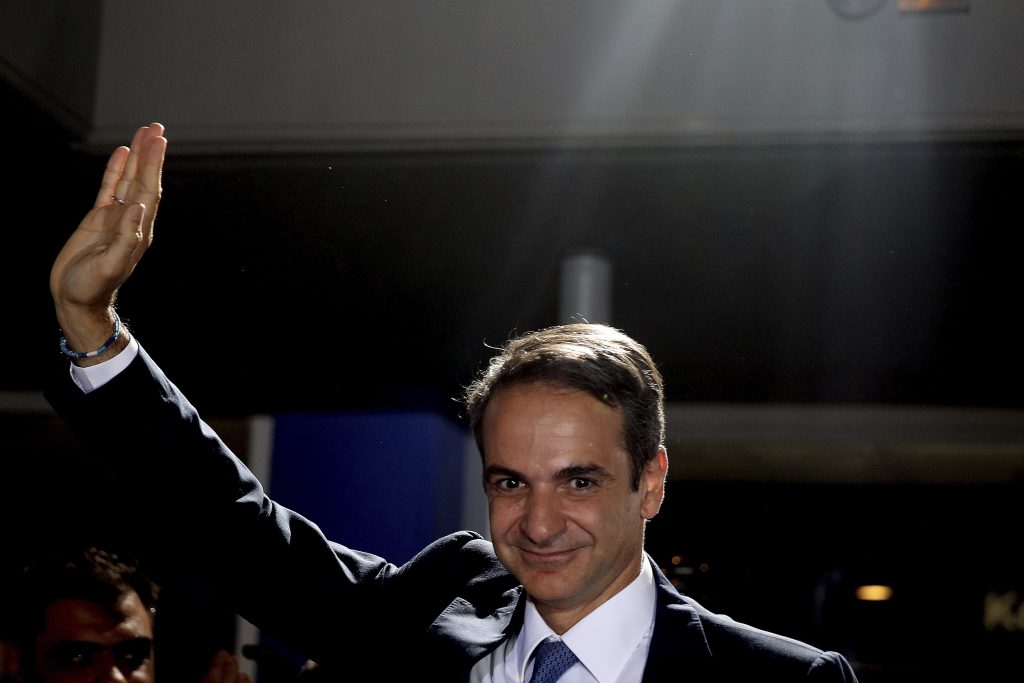 Conservative party leader Kyriakos Mitsotakis was being sworn in as Greece’s new prime minister Monday, a day after his resounding win over left-wing Alexis Tsipras, who led the country through the tumultuous final years of its international bailouts.

Mitsotakis’s New Democracy party won 39.8% of the vote, giving him 158 seats in the 300-member Parliament, a comfortable governing majority. Tsipras’s Coalition of the Radical Left, or Syriza, garnered 31.5%. The extremist right-wing Golden Dawn, Greece’s third largest party during the height of the financial crisis, failed to make the 3% threshold to enter Parliament.

Mitsotakis will have to move fast to deal with the myriad of problems still plaguing the economy. Europe’s finance ministers are meeting in Brussels on Monday and will be discussing Greece, which still has stringent fiscal targets to meet even though it no longer directly receives bailout loans.

“I assume the governance of the country with full awareness of the national responsibility,” Mitsotakis said in his victory speech Sunday night. “I know of the difficulties that lie ahead for me and for my associates. But I draw strength from the strength of the people.”

Greece’s economy shrank by a quarter and poverty and unemployment levels soared during the country’s nearly decade-long financial crisis. Although its finances are on the mend and the economy is expected to grow by 2.2% this year, it still has a long way to go to make up the economic output lost.

The country’s debt stands at about 181% of annual GDP and Greece has pledged to continue producing large primary surpluses — the budget excluding debt servicing — of more than 3% of GDP for years to come.

Mitsotakis said Sunday he would stick to his campaign pledges of lowering taxes, attracting investments and cutting through red tape to make Greece more business-friendly.

“New Democracy’s clear victory in Greece’s parliamentary elections yesterday will be welcomed by investors,” said economics consultancy Capital Economics in a research note. “But it will not be a game changer for the economy, not least because the government will still be constrained by its membership of the single currency and its ‘surveillance’ agreement with the EU.”

That caution was evident in the performance of the main stock market in Athens, which was down 1.4% in midday trading Monday as investors booked profits generated during the recent rally that was largely based on expectations of a Mitsotakis victory.

Mitsotakis will also have to contend with pension increases and other benefits the outgoing government granted ahead of European elections in May — benefits which European creditors had warned could make Greece’s fiscal targets hard to meet.

“Although Greece exited its third bailout in mid-2018, it is subject to ‘enhanced surveillance’ which bears a striking resemblance to a bail-out program,” Capital Economics said. “For example, the government will get further relief on the cost of servicing its public debt only if it sticks to tight fiscal policy.”

Mitsotakis is expected to name his Cabinet later in the day. The ministers would then be sworn in on Tuesday.