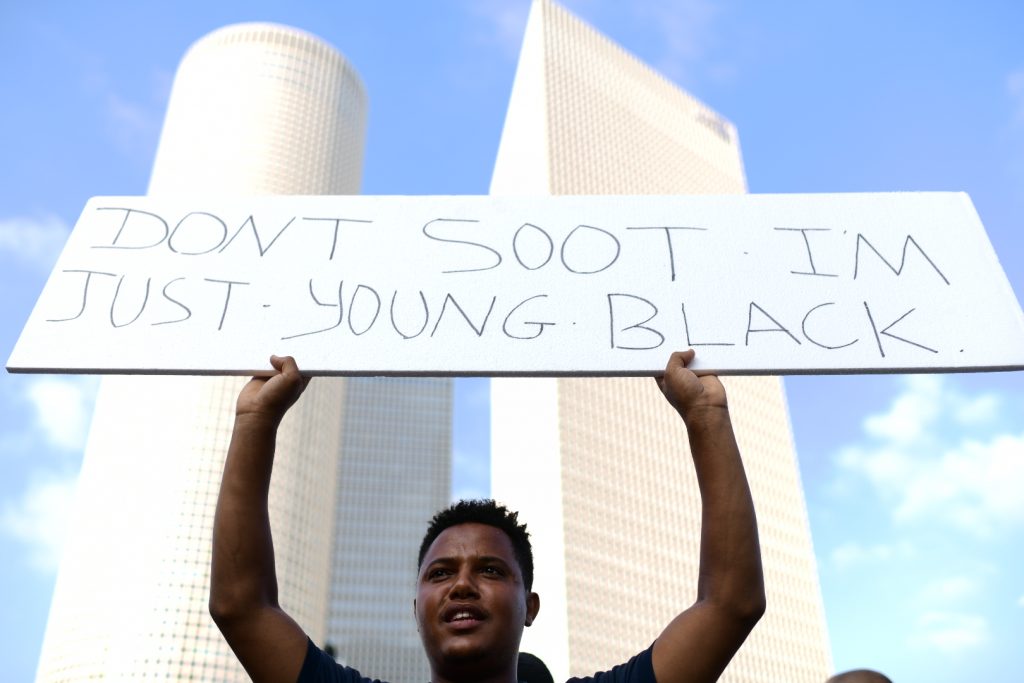 Hundreds of Ethiopian-Israeli protesters and activists returned to the streets on Monday evening, and police were deployed at main intersections to keep order.

The main gathering was at Rabin Square in Tel Aviv, after a march from the Azrieli mall in the city’s center. Speakers at Rabin Square included Blue and White MK Pnina Tamano-Shata and members of families of Ethiopian-Israelis killed by police in the past, according to The Times of Israel.

“The time has come for us to look at these problems with open eyes, and to stop thinking that we are the problem,” Tamano-Shata said. “Solomon Tekah is not the problem.”

The protests were resumed following conclusion of the shiva week after the death of Tekah, z”l, who was killed by an off-duty policeman in an incident in a Haifa suburb. The Tekah family asked the public to refrain from demonstrations during the shiva, and to keep them peaceful afterward.

Last week’s protests saw scores of injuries and arrests, and massive traffic jams caused by demonstrators blocking intersections. The authorities have said that further disruptions would not be tolerated, and police are braced to clear roadways if necessary.

Earlier on Monday, the accused officer’s attorney said that “the findings of the investigation support the defense’s claims that the officer acted in self-defense without any intention of harming the deceased.”

Police officials have indicated that the officer would not face a charge of manslaughter, but only a disciplinary offense, since there appeared no intent to kill and he believed that he was in immediate danger from attacking youths.

However, an official statement on Monday was non-committal.

“So far a series of forensic tests have been conducted as far of the investigation, including pathological analysis, ballistics tests, weapons testing and forensic examination of the scene of the shooting,” said the Police Internal Investigations Department.

Since the fatal incident, there have been calls from the Ethiopian-Israeli community for the policeman to be punished with imprisonment, and for an independent investigation.