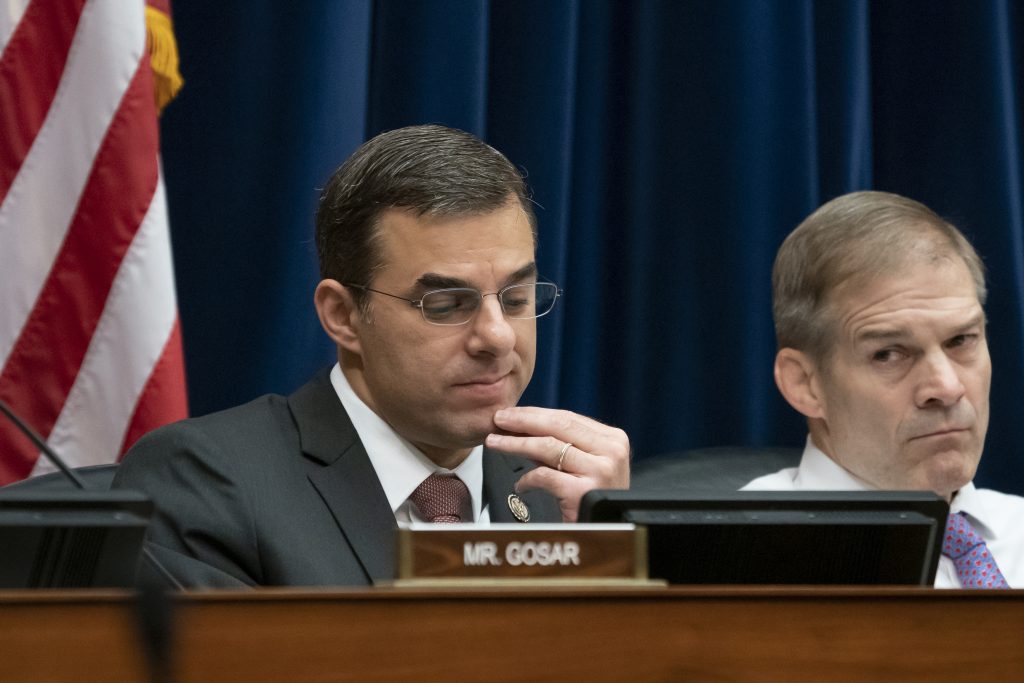 Rep. Justin Amash on Monday resigned from his post on the House Oversight and Reform Committee, just as Republican leaders quietly planned to oust him from the panel if he refused to step down willingly.

Amash, who tweeted the letter, went on to cite House rules in stepping down from the committee.

The announcement came as House Republicans were privately deliberating on a plan to replace Amash on the committee, where he has occasionally voted with Democrats investigating the president. Senior Republican officials were preparing to argue that Amash automatically left the GOP conference last Thursday, when he became an independent, and therefore will automatically be removed from GOP representation on any panels.

A core group of senior GOP lawmakers, known as the House Republican Steering Committee, is expected to meet in the coming days to put a new lawmaker on the Oversight panel. The GOP conference would have to ratify the move eventually.

The committee swap comes just days after Amash, a libertarian, declared in a Washington Post op-ed that he was leaving the Republican Party to become an independent, decrying a two-party system that he says demands blind loyalty over the common good. Just weeks beforehand, Amash had accused President Donald Trump of impeachable acts related to possible obstruction of justice outlined in special counsel Robert Mueller’s report on Russian interference in the 2016 election.

“Enough is enough,” Amash said on CNN on Sunday. “We’ve had it with these two parties trying to ram their partisan nonsense down our throats.”

The turn of events is not altogether surprising. While Republican leaders annoyed with Amash after his impeachment tweets in May restrained themselves from taking retaliatory action, they argue that real consequences for him are in order after he left their ranks.

Still, the move would contrast with actions by the Democratic Party, which has allowed two independents – Sens. Bernie Sanders of Vermont and Angus King of Maine – to caucus with its ranks and hold committee assignments.

Amash appeared to anticipate the turn of events. He told CNN’s Jake Tapper on Sunday that he anticipated he “may be kicked off” his committee – and that he was totally fine with that decision.

Some Republicans worried that any retaliatory action against Amash could engender sympathy and turn him into a figure for the anti-Trump cause, emboldening conservatives who have had enough of the president ignoring Congress or embracing tariffs or other positions traditionally rejected by the party. The president, however, remains extremely popular with the GOP base – and Amash’s willing resignation will alleviate those concerns.

The real test for Amash will come at the ballot box. Amash has not ruled out running for president against Trump as an independent. But for now he says he is focused on his reelection to the House.

Amash, however, will have an uphill primary battle against another Republican – and Trump allies, including the president’s eldest son, Donald Trump Jr., have said they will campaign against him.

Amash will join the ranks of a small handful of Republicans who have lost their committee posts over the past year. Republicans removed Rep. Steve King of Iowa from his committee posts for racist remarks. Two other Republicans – Reps. Duncan Hunter of California and Chris Collins of New York – voluntarily stepped down from their panels after they were indicted in separate cases.