Politics Trump Approval Rises, But a Majority Also See Him as ‘Unpresidential’
Politics 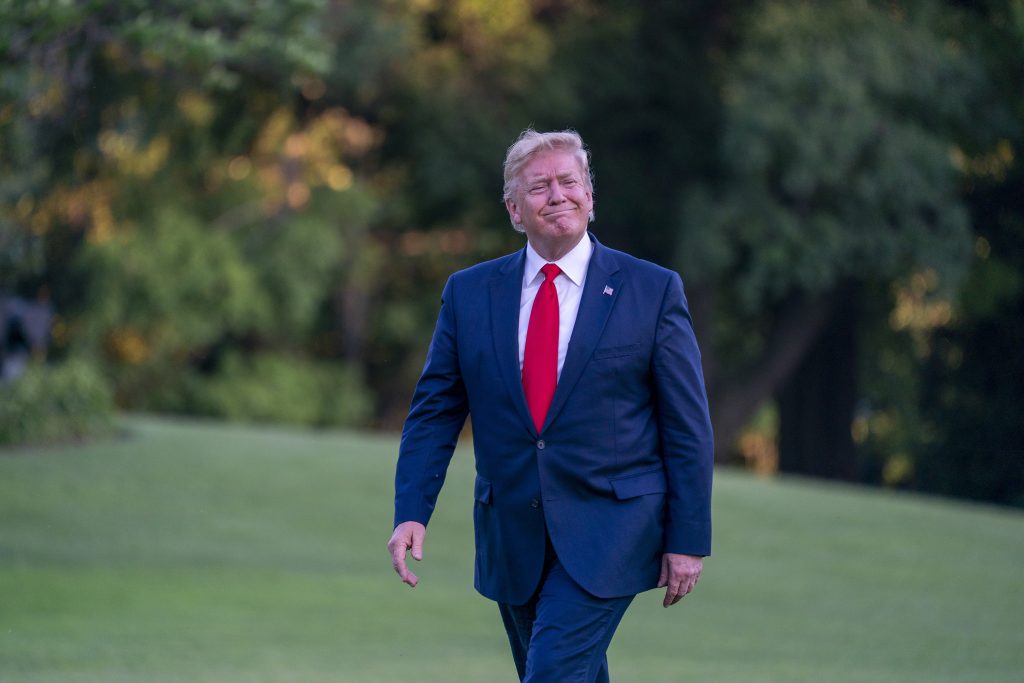 Aided by a strong economy and perceptions that he has dealt with it effectively, President Donald Trump’s approval rating has risen to the highest point of his presidency, though a slight majority of Americans continue to say they disapprove of his performance in office, according to a Washington Post-ABC News poll.

The survey highlights the degree to which President Trump has a narrow but real path to reelection. His approval rating on most issues is net negative, and more than 6 in 10 Americans say he has acted in ways that are unpresidential since he was sworn into office. Still, roughly one-fifth of those who say he is not presidential say they approve of the job he is doing, and he runs even against four possible Democratic nominees in hypothetical general-election matchups. He trails decisively only to former vice president Joe Biden.

More than a year before the general election and long before the Democrats will select their nominee, the 2020 contest is playing out against the backdrop of an electorate deeply divided over the president, with a small percentage of registered voters up for grabs. Both Democrats and the president enjoy solid bases of support, but more Americans say it is extremely important that President Trump not win reelection than those who say it is extremely important that he is reelected.

The survey highlights significant differences between women and men in their candidate preference, a continuation of a trend that has been evident throughout Trump’s presidency. Those gender differences shaped the outcome of the 2018 midterm elections, when Democrats captured the House with strong support among women. In the new survey, men clearly favor Trump against four of five potential Democratic challengers (they are evenly divided over a Biden-Trump contest) while women back all five by strong margins.

The economy is the lone issue in the survey where Trump enjoys positive numbers, with 51 percent saying they approve of the way he has dealt with issues. A smaller 42 percent disapprove of his handling of it, down slightly from 46 percent last October. Asked how much credit Trump deserves for the state of the economy, 47 percent say a “great deal” or a “good amount,” while 48 percent say he deserves “only some” or “hardly any.”

On the eight other issues measured, President Trump gets negative ratings, ranging from a net negative of seven points on taxes to a net negative of 33 points on climate change. More than half of all Americans disapprove of his handling of immigration, health care, gun violence and “issues of special concern to women.”

The survey was conducted while Trump was attending a meeting of world leaders in Japan, where trade tensions with China were eased. He later met with North Korea’s Kim Jong Un – taking steps into that nation and coming to an agreement to restart nuclear negotiations. But by 55 percent to 40 percent, Americans disapprove of his handling of foreign policy.

Among registered voters, only Biden emerges with a clear advantage, leading Trump by 53 percent to 43 percent. Trump runs very close against Harris (46 percent Trump, 48 percent Harris) and Sanders (48 percent Trump, 49 percent Sanders), and he runs even against Warren (both at 48 percent) and Buttigieg (both at 47 percent).

Among the broader pool of voting-age adults, all five Democrats hold at least a slight advantage over Trump.

Trump and Republicans are trying to attach the label of “socialist” to all the Democrats. Asked a generic question about a matchup between Trump and a candidate regarded as a socialist, the president holds a slight edge of 49 percent to 43 percent among registered voters.

Across the five matchups against named possible Democratic nominees, 41 percent of registered voters always choose the Democrat, and 40 percent always choose the president. Meanwhile, 54 percent of voters either support Trump against at least one named Democrat or say they would consider backing him.

Arrayed against Trump are 36 percent of registered voters who never support Trump in the matchups and say it is “extremely important” that the president not win a second term. That rises to 43 percent when those who say it is “very important” that Trump not be reelected are added to those consistent anti-Trump voters.

Biden’s lead over Trump is built in part on stronger support among independent voters and among self-identified moderates. He enjoys a seven-point edge among independents, while the other Democrats are even or trailing Trump with those voters. Among moderates, Biden has a 28-point advantage over the president, significantly more than any of the other Democrats tested.

Trump wins majority support among white voters, but he does far better with those who do not have college degrees than those who do, a pattern that emerged strongly in the 2016 election and continues to define the political divisions today. Nonwhite voters favor all Democrats by a wide margin over Trump; 76 percent of all nonwhite voters say they would support Biden if the election were held today, as would 85 percent of African American voters.

There is also a strong urban-rural split, with potential Democratic challengers enjoying big margins among urban voters and Trump holding sizable margins among those who live in rural and small-town areas.

As what happened in 2016, the geographic battle in 2020 will center on the suburbs: In the head-to-head comparisons, Biden leads slightly among suburban voters. Trump is competitive with the other Democrats tested in suburban areas.

Overall, the top issues for Americans as the 2020 election nears are the economy, health care and immigration. Foreign policy, gun violence, taxes, issues of special concern to women, follow behind. Climate change trails the others – but still over half say it’s at least “very important.”

In the area of health care, the cost of coverage and treatment ranks as a serious concern, with 71 percent of Americans saying they are worried about this, including 45 percent who say they are very worried.

A slight majority (52 percent) of Americans say they would favor a universal health-care system run by the government and funded by taxes over the current system. But when asked whether they would prefer such a system if it meant an end to private insurance, support falls to 43 percent.

As Congress prepares for testimony by former special counsel Robert S. Mueller III about his investigation into Russian interference in the 2016 election and related matters, the survey shows a clear majority of Americans continue to oppose impeachment proceedings.

The new poll finds 59 percent of Americans saying the House should not begin such proceedings, including 46 percent who strongly oppose such a move. That is a slight increase since April. The percentage favoring impeachment proceedings, 37 percent, is the same as it was in April and 12 points lower than in August 2018.

A 61 percent majority of Democrats support impeaching Trump, including 49 percent who support doing so “strongly,” reflecting the cross pressures hitting both the presidential candidates and members of Congress.

This Washington Post-ABC News poll was conducted by telephone from June 28 through July 1 among a random national sample of 1,008 adults, with 65 percent reached on cellphones and 35 percent on landlines. Results from the full sample have a margin of error of plus or minus 3.5 percentage points; the error margin is four points in the sample of 875 registered voters.