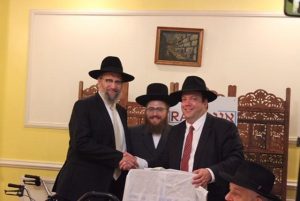 On July 2, the Igud HaRabbonim assembled for its monthly Rosh Chodesh (Tammuz) Seudah and Conference. Rabbi Avi Greenstein, CEO of the Boro Park Jewish Community Council and Parents for Educational and Religious Liberty in Schools (PEARL’s) executive committee member and spokesman addressed those in attendance.

Rabbi Greenstein gave an overview of the history and the new developments regarding the educational regulations and guidelines that New York State Education Commissioner Mary Ellen Elia is currently considering. He also explained the updated strategy that PEARLS has initiated in its new grassroots movement drive requesting public comment to combat the NYSEC.

Rabbi Yeruchim Silber, director of New York Government Relations for Agudath Israel of America, updated the forum as well from the point of view of Agudath Israel in this matter, speaking about Agudah’s interaction in Albany. Both enjoined parents to show their support for the yeshivah system and parental choice when it comes to educating our children.

Rabbi Greenstein first explained about the terrible sakanah our yeshivos face as individuals determined to manipulate the government attempt to create fundamental changes that will adversely affect the future of Klal Yisrael. He discussed how the Jewish community is incredibly proud of the yeshivah education system that for the last 60 years has produced outstanding and prospering graduates who have a deep sense of community and family values stemming from the foundation formed from the quality of their education. The yeshivah curriculum continually evolves to provide the best possible education for our children and serves as a foundation for productive lives as contributing members of society, all while adhering to our heritage.

PEARLS is dedicated to the continuous improvement of the yeshivah curriculum while protecting our fundamental bedrock principle of religious learning. Rabbi Greenstein petitioned the Rabbanim present to speak in shuls and share the new grassroots initiative and to let people know how important it is that we stand firm against the onslaught against our education system. Rabbi Greenstein encouraged as many people as possible to voice their concern through the mostly prepopulated link found here http://voice.pearlsny.org/. 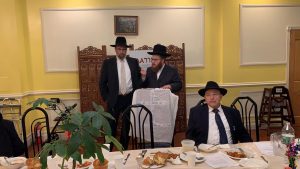 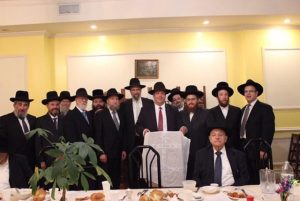 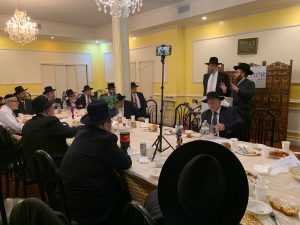