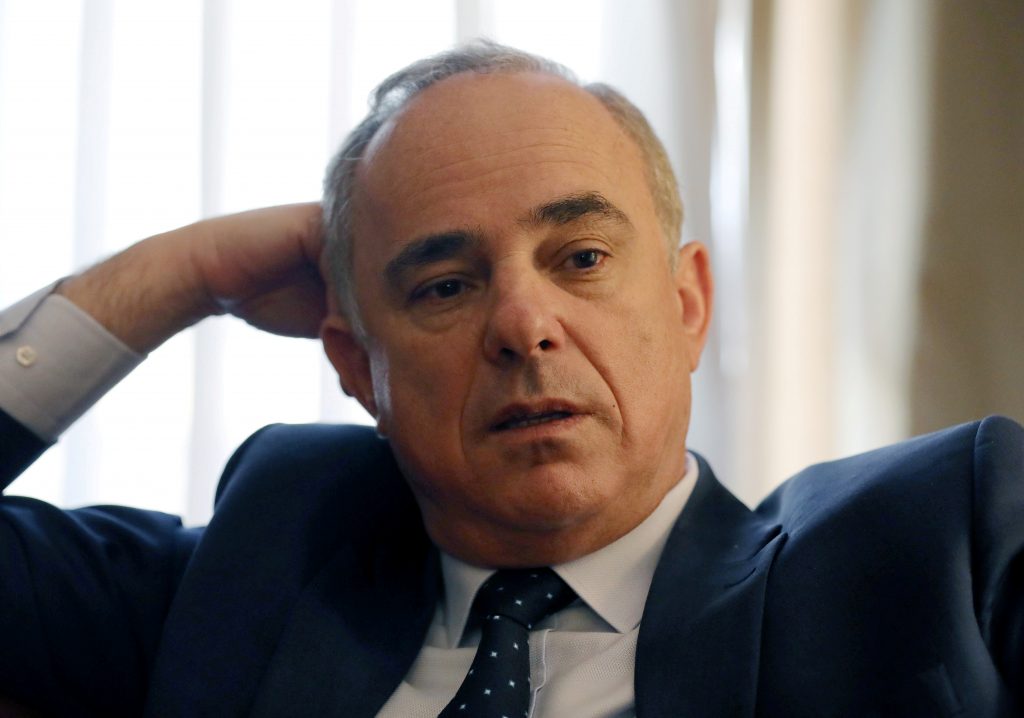 Israel’s energy minister Yuval Steinitz has voiced frustration with what he called Lebanon’s failure to agree to U.S.-mediated talks on setting their maritime border, suggesting Iran-backed Hezbollah was applying pressure on Beirut.

Senior U.S. official David Satterfield has been shuttling between Lebanon and Israel in an effort to launch the talks between the two countries, which have remained formally in a state of war since Israel was founded in 1948.

Israel and Lebanon have long disagreed on border demarcations in the eastern Mediterranean, an issue that gained prominence in the past decade when large deposits of natural gas were found there.

Steinitz said on June 19 he expected U.S.-mediated talks to start within a month. On Wednesday, Lebanon insisted any demarcation of its sea boundary with Israel be implemented only as part of a wider package including the land border – something Israel has previously ruled out.

“[The] Lebanese on the one hand really want to develop their natural resources, and the unresolved dispute with Israel is disruptive for them – for us too, but for them more,” Steinitz told Tel Aviv radio station 102 FM.

But Steinetz added Lebanon could also be facing “internal pressure, that they [are] under the sway of fear of Hezbollah,” referring to Lebanon’s most powerful armed force. Hezbollah is also part of the Lebanese coalition government.

Steinitz said Lebanon had yet to formally refuse the overture for mediation. He said that “in a week, 10 days we will know finally if we are on the way to talks or if this matter will be postponed by another one, two or three years”.