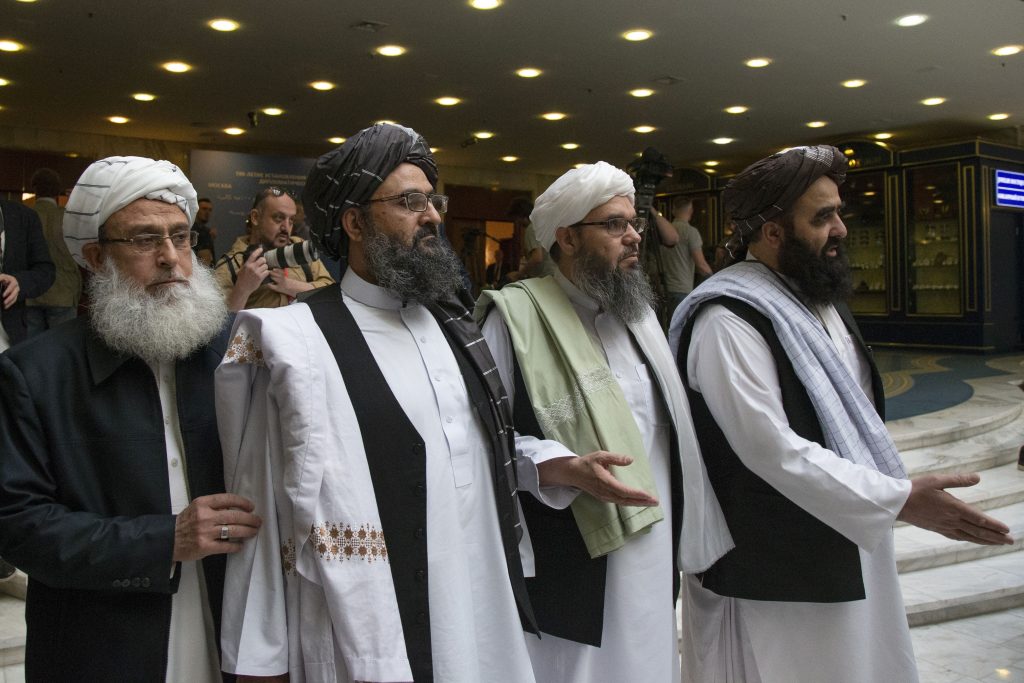 Taliban and U.S. negotiators are scrambling to finalize a draft agreement that will outline the withdrawal of American and NATO troops from Afghanistan and a verifiable Taliban guarantee to fight terrorism ahead of an all-Afghan peace conference Sunday.

Officials familiar with the talks, but not authorized to speak about them, say negotiations went late into the night on Wednesday and throughout Thursday — the sixth day of direct talks between the insurgents and U.S. envoy Zalmay Khalilzad. They were to resume again on Friday.

Suhail Shaheen, spokesman for the Taliban’s political office in Qatar, on Friday told The Associated Press on Friday he wanted to clarify that the draft agreement was being worked upon in an effort to finalize and was not being rewritten.

Previously he said that agreed-upon clauses were being added to the agreement. On Thursday he also said the two sides had broadened their discussion, without elaborating.

Until now the two sides had been divided on the withdrawal timetable, with the United States seeking more time.

Taliban officials, who spoke on condition of anonymity, earlier said the U.S. was seeking up to 18 months to complete a troop withdrawal even as President Donald Trump told Fox News earlier this week that a withdrawal had already quietly begun and that troop strength had been cut to 9,000. The president’s statement has since been contradicted by a senior U.S. official, who said the force strength is unchanged at about 14,000. An American official familiar with the talks also disputed the 18-month withdrawal time frame, without saying what the U.S. was proposing.

His eagerness to pull out has strengthened the position of the Taliban, who effectively control half the country and won a key concession in the planning of the upcoming peace gathering, which will include no official delegation from the Afghan government.

Germany and Qatar, who are co-sponsoring the dialogue and issuing the invitations, said participants will attend “only in their personal capacity,” a condition President Ashraf Ghani has strenuously opposed. He has made no comment on Sunday’s meeting.

The Taliban have steadfastly refused to talk to Ghani’s government, calling it a U.S. puppet, but have said government officials can attend the conference as private citizens.

In a tweet on Wednesday, Shaheen said 60 people will attend the peace gathering, which Khalilzad called an “essential element” in achieving a peace agreement in Afghanistan.

Atta-ul-Rahman Salim, deputy head of a government-appointed peace council, said the delegation from Kabul will include a cross-section of Afghanistan’s civil society, including women’s rights activists.

“It is a good first step to hear each other’s side,” he said.