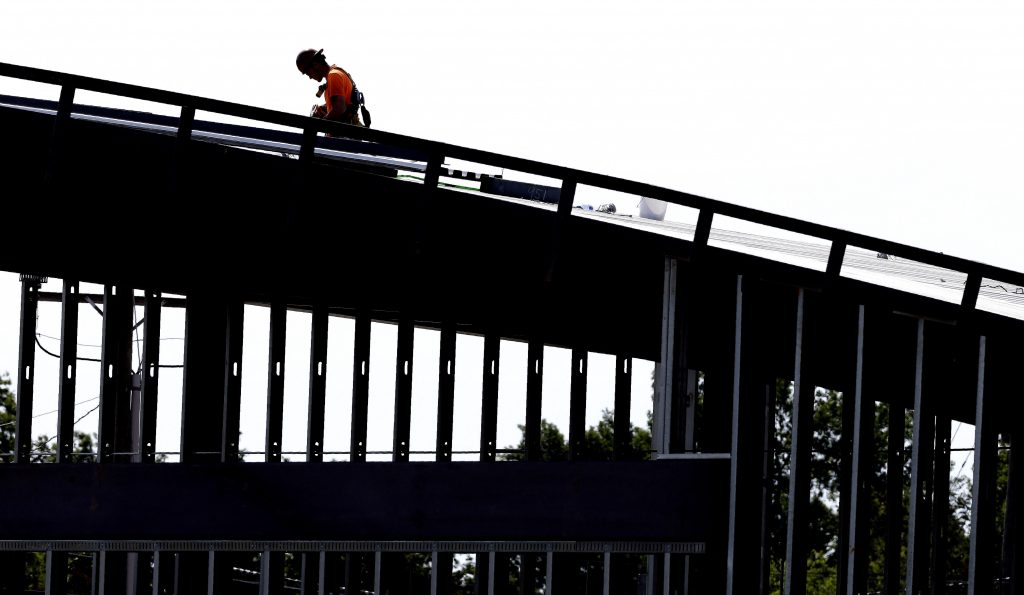 The June jobs report being released Friday will likely help determine whether the U.S. economy has stabilized or is gradually weakening.

The evidence is conflicting. Consumer spending has solidified. Home sales are rebounding. But America’s manufacturing sector is slowing along with construction spending. Growth in the services sector, which includes such varied industries as restaurants, finance and recreation, slowed in June.

Economists have estimated that the government will report that employers added 164,000 jobs in June, according to data provider FactSet. That would roughly match the average monthly gain this year and would mark a healthy rebound from the meager 75,000 jobs that were added in May.

For June, the unemployment rate is expected to hold at 3.6% — the lowest level since 1969 — for a third straight month.

The slowdown in hiring during May suggested that employers had grown more cautious in the face of weaker global growth, political showdowns over trade and, perhaps, some difficulty in finding enough qualified workers at the wages companies are willing to pay.

“Most economists have been expecting payrolls to slow down for a couple of years now,” said Stephen Stanley, chief economist at Amherst Pierpont Securities. “With all of the low-hanging fruit already being harvested, firms are basically going to run out of qualified people to hire.”

If the government were to report a second straight tepid jobs report, it could reinforce expectations that the Federal Reserve will cut interest rates late this month to help support the economy. The Fed has expressed concern about threats to the economy, especially from President Donald Trump’s trade wars, and about inflation remaining persistently below its 2% target level.

A rate cut would be the Fed’s first in more than a decade.

The pace of the overall economy is widely thought to be slowing sharply from annual growth that neared a healthy 3% last year. Even the job market itself, one of the pillars of the 10-year economic expansion, the longest on record, may be flagging. Job openings have grown just 2.2% so far this year, according to the jobs site Glassdoor. In 2018 openings had increased 9.8%.

Manufacturing is sputtering, likely in part because of the tariffs Trump has imposed on many Chinese imports. For the past three months, manufacturers have added, on average, a mere 1,667 workers each month. A year ago, the average monthly gain was 21,000.

But even if those sectors decline, job growth has generally been supported by the health care and business services sectors. Both those sectors reported a decline in hiring in May, setting the stage for a possible bounce-back.

Overall, employers have been adding jobs faster than new workers are flowing into the economy. That suggests that the unemployment rate will remain near its five-decade low and that the economy will keep growing, even if only modestly.

Still, a survey of job growth in the private sector released Wednesday by payroll processor ADP suggested that job gains could start to fall below population growth, thereby potentially causing unemployment to rise.