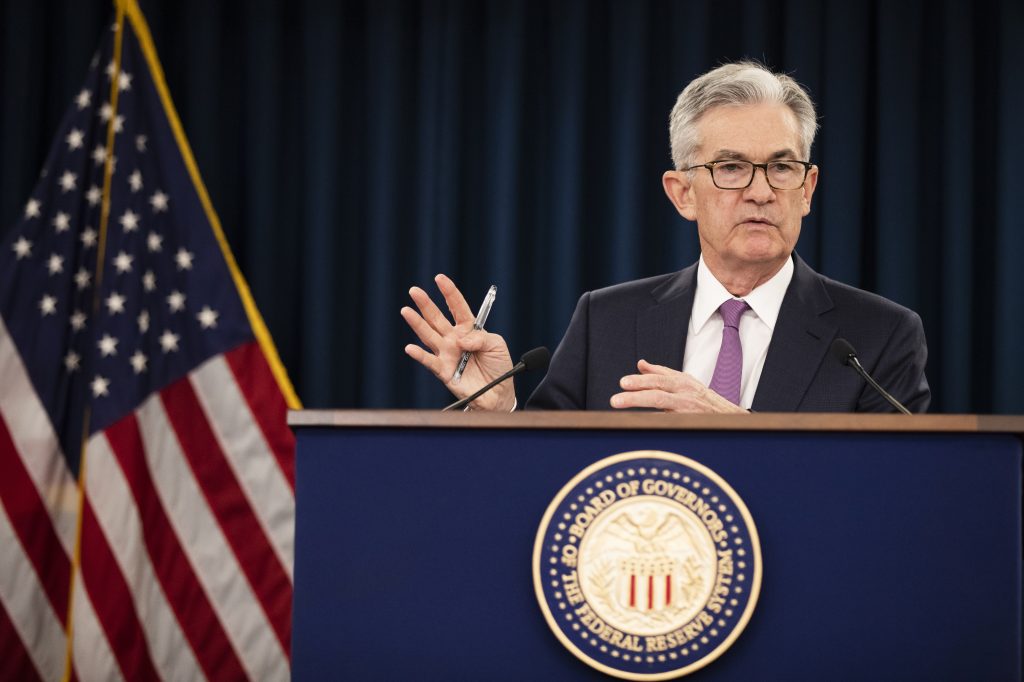 The Federal Reserve on Friday repeated its pledge to “act as appropriate” to sustain the current economic expansion, now the longest in U.S. history, while noting that most Fed officials have lowered their expectations for the future course of interest rates.

The Fed’s statement on interest rates came in its semi-annual monetary-policy report, which said that since May “the tenor of incoming information on economic activity, on balance, has become somewhat more downbeat and uncertainties about the economic outlook have increased.”

Federal Reserve Chairman Jerome Powell will testify before Congress on the monetary report on Wednesday and Thursday of next week. He will likely face questions on whether the strong jobs report Friday, showing 224,000 jobs created in June, lessens the chances for a June rate cut.

The Fed at its last meeting in June had signaled that it was prepared to start cutting interest rates if needed to protect the U.S. economy, a change from the pledge it had been making since January to remain “patient” before changing rates.

The Fed pushed its key policy rate up four times in 2018, angering President Donald Trump, who blamed the rate hikes for slowing economic growth and depressing the stock market. The Fed’s benchmark rate currently stands in a range of 2.25% to 2.5%.

Financial markets have been expecting a rate cut, with the CME Group’s Fed tracker putting the odds of at least one rate cut at the July meeting at 100 percent.

However, that expectation reflected investor views before the government reported the sizable 224,000 gain in jobs in June, which was a rebound from a gain of 72,000 jobs in May.

In the monetary report, the Fed noted that views of Fed officials about the economic outlook had changed beginning in May as global growth slowed and U.S. businesses and farmers began to express “heightened concerns” about rising trade tensions.

In early May, Trump increased penalty tariffs on $250 billion in Chinese goods and threatened to broaden the tariffs to $300 billion in other Chinese imports after trade talks between the world’s two biggest economies stalled.

The Fed said that in its updated economic forecast released in June, about half of the Fed officials expected they would need to cut interest rates this year. The other half believed the benchmark rate could stay where it is currently.

Trump last week declared a ceasefire in his trade war with China after a meeting with Chinese President Xi Jinping at the Group of 20 summit in Japan. Both countries agreed to resume negotiations to reach a deal to satisfy American demands for better protection of American technology.

Trump has leveled a number of attacks at Powell and the Fed. Earlier this week, he announced his intention to fill two remaining vacancies on the seven-member Fed board with economists Judy Shelton, who had served as a Trump economic advisor, and Christopher Waller, currently the research director at the Fed’s St. Louis regional bank. If confirmed by the Senate, both officials are expected to support Trump’s call for the Fed to cut interest rates.