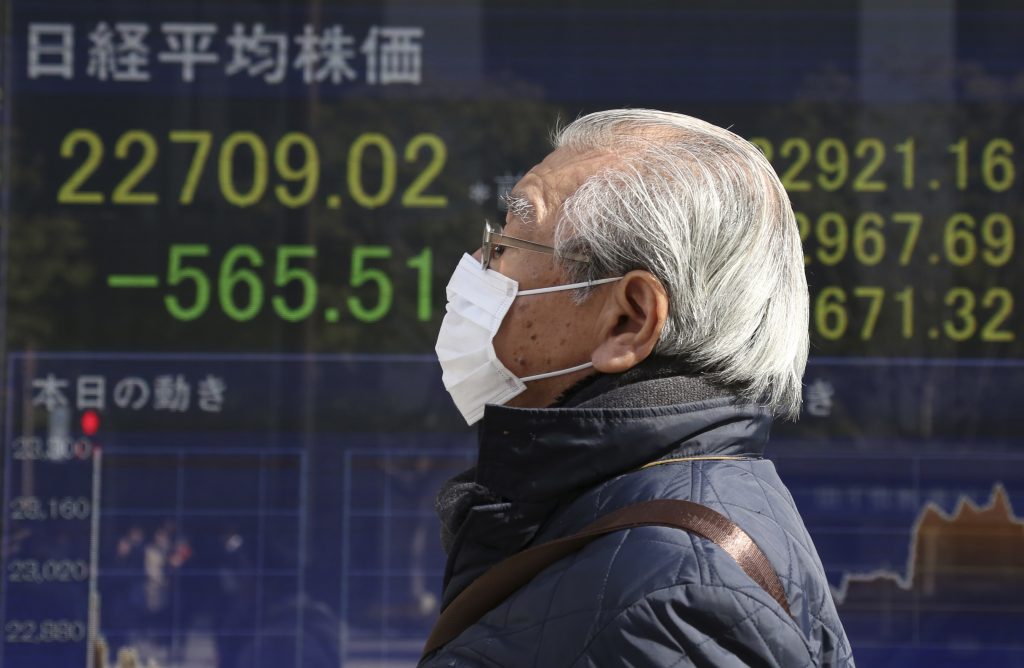 Asian stocks advanced on Thursday, tracking solid gains on Wall Street as weak economic data in the United States bolstered the prospect of rate cuts by the Federal Reserve as soon as this month.

MSCI’s broadest index of Asia-Pacific shares outside Japan rose 0.4%, while Japan’s Nikkei and Australian benchmark were up 0.3% and 0.6%, respectively, although a U.S. public holiday kept activity somewhat subdued.

European stocks are poised for a marginally higher open, with futures for Britain’s FTSE adding 0.1% and Germany’s DAX up a touch.

On Wall Street, which closed at midday on Wednesday for the eve of Independence Day, all three major stock indexes finished at record closing highs as expectations of Fed policy easing grew.

A report by a payrolls processor ADP showed U.S. companies added jobs in June, but fewer than what analysts had forecast, raising concerns the labor market is softening even as the current U.S. economic expansion marked a record run last month.

“Stocks and bonds rallied together as the markets were betting on interest rate cuts at the European Central Bank and the U.S. Federal Reserve,” said Noriko Miyoshi, head of fixed income at Simplex Asset Management in Tokyo.

“The pace looks too fast. Investors across the world rushed to take part in the game of yield hunting,” she said.

Most 10-year euro zone bond yields slid to record lows on Wednesday as investors bet the ECB’s dovish stance would continue, while the 10-year German Bund yield fell to minus 0.399%, flirting with the ECB’s minus 0.40 deposit rate.

European Union leaders’ nomination of Christine Lagarde, the head of the International Monetary Fund, to replace Mario Draghi as president of the ECB reinforced expectations of more monetary policy easing if it’s needed.

The 10-year Italian bond yield hit 1.599%, its lowest since October 2016, as the government eases its budget ambitions.

The market’s focus is now on Friday’s U.S. non-farm payrolls for June, which economists expect to have risen by 160,000 in June, compared with 75,000 in May.

The dollar was little changed at 107.80 yen, losing steam as the fall this week in U.S. bond yields.

The British pound stood at $1.2584, having hit a two-week low of $1.2557 as economic data reinforced expectations that the Bank of England would join its central bank counterparts in cutting interest rates to shore up a worsening economic outlook.

In a Wednesday tweet, Trump repeated his call for the United States to match China and Europe’s “big currency manipulation game” and pumping money into their economies.

Top representatives from the United States and China, on the other hand, will meet in the coming week to continue trade talks between the world’s largest economies, White House economic adviser Larry Kudlow said on Wednesday.

In commodities, oil prices inched lower on Thursday after solid gains the day before, pressured by data showing a smaller-than-expected decline in U.S. crude stockpiles.

Gold prices were little changed on Thursday after hitting a one-week high of $1,435.99 in the previous session, as gains in stock markets offset support from a weaker dollar and U.S. rate cut hopes.