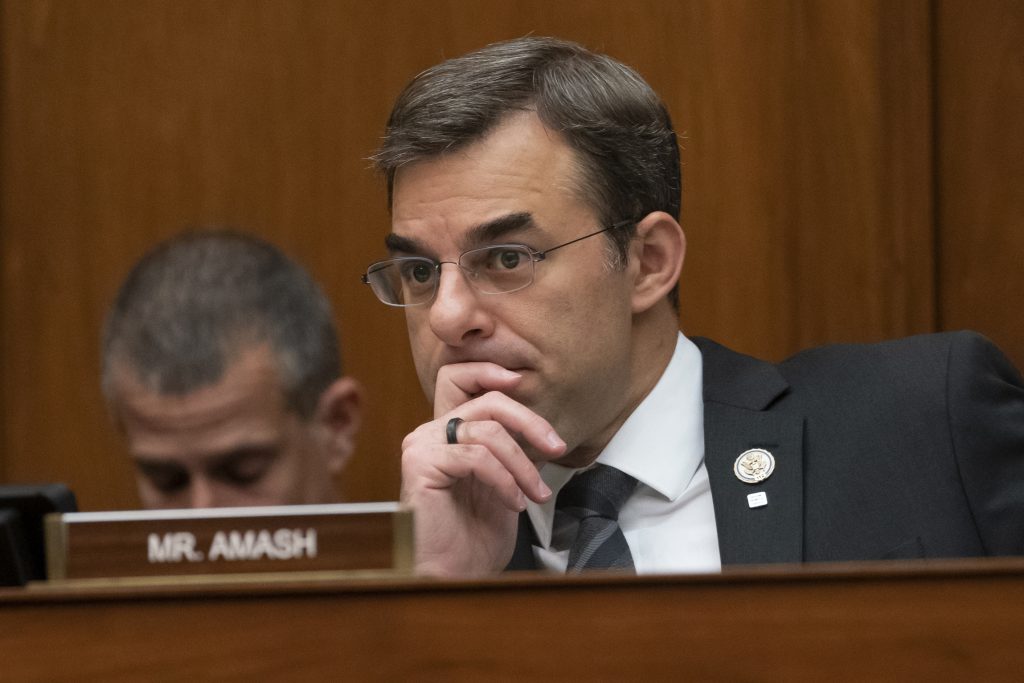 Rep. Justin Amash, the only Republican in Congress to have accused President Donald Trump of impeachable acts, said Thursday he is leaving the GOP and becoming an independent, bemoaning that “modern politics is trapped in a partisan death spiral, but there is an escape.”

In an Independence Day op-ed in The Washington Post, the Michigan congressman described himself as a lifelong Republican who has grown disenchanted with party politics and frightened by a two-party system that has “evolved into an existential threat to American principles and institutions.”

He maintained that most Americans are not “rigidly partisan” and that the country can do better than the two-party system.

Amash, who was elected in the tea party wave of 2010, embraced libertarian principles and repeatedly broke with his party on major issues and even the mundane before he challenged the president.

A few hours after Amash’s declaration, President Trump derided him in a tweet: “Great news for the Republican Party as one of the dumbest & most disloyal men in Congress is ‘quitting’ the Party. No Collusion, No Obstruction! Knew he couldn’t get the nomination to run again in the Great State of Michigan. Already being challenged for his seat. A total loser!”

Amash does not mention Trump by name in the op-ed, but his party switch comes weeks after he posted tweets arguing that former special counsel Robert Mueller III documented “impeachable conduct” in his report on Trump’s campaign and administration and Russian interference in the 2016 election. In subsequent public statements, Amash challenged colleagues from both parties to act.

About 80 House Democrats and several 2020 presidential candidates have called for launching impeachment proceedings against Trump, a step that House Speaker Nancy Pelosi, D-Calif., has resisted. Amash is the only Republican.

His stand has drawn the wrath of President Trump, widespread criticism from other Republicans, and a challenger in next year’s election. Amash, 39, who is serving his fourth term, has not announced whether he will run again. He has acknowledged that he is instead considering running for president as a member of the Libertarian Party.

Past supporters of Amash also turned on him in the aftermath of his impeachment comments.

The leader of the Club for Growth, a conservative group that has staunchly backed Amash since his first congressional run in 2010, and whose spending helped him overcome a 2014 primary challenge, criticized his comments.

The congressman has been steadfast in defending his position. Facing voters at a town hall in Grand Rapids several weeks ago, Amash said Congress “has a duty to keep the president in check.”

“I’d do it whether it was a Republican president or a Democratic president,” he said. “It doesn’t matter. You elected me to represent all of you.”

House Minority Leader Kevin McCarthy, R-Calif., has dismissed Amash as an outlier among Republicans, citing a number of instances in which the congressman voted with Democrats.

“Justin Amash can determine his own future. But I think, on a philosophical basis, he’s probably in a different place than the majority of all of us,” McCarthy said last month.