Politics OPINION: Our Politics Is in a Partisan Death Spiral; That’s Why I’m Leaving the GOP
Politics 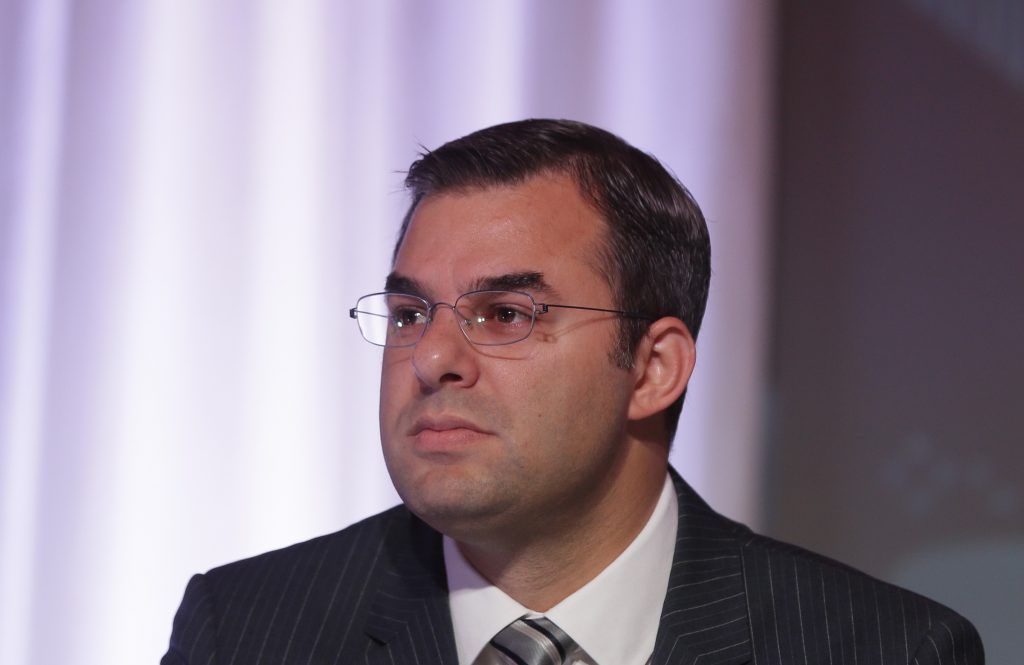 When my dad was 16, America welcomed him as a Palestinian refugee. It wasn’t easy moving to a new country, but it was the greatest blessing of his life.

Throughout my childhood, my dad would remind my brothers and me of the challenges he faced before coming here and how fortunate we were to be Americans. In this country, he told us, everyone has an opportunity to succeed regardless of background.

Growing up, I thought a lot about the brilliance of America. Our country’s founders established a constitutional republic uniquely dedicated to securing the rights of the people. In fact, they designed a political system so ordered around liberty that, in succeeding generations, the Constitution itself would strike back against the biases and blind spots of its authors.

My parents, both immigrants, were Republicans. I supported Republican candidates throughout my early adult life and then successfully ran for office as a Republican. The Republican Party, I believed, stood for limited government, economic freedom and individual liberty – principles that had made the American Dream possible for my family.

In recent years, though, I’ve become disenchanted with party politics and frightened by what I see from it. The two-party system has evolved into an existential threat to American principles and institutions.

George Washington was so concerned as he watched political parties take shape in America that he dedicated much of his farewell address to warning that partisanship, although “inseparable from our nature,” was the people’s “worst enemy.” He observed that it was “the interest and duty of a wise people to discourage and restrain it.”

Washington said of partisanship, in one of America’s most prescient addresses: “The disorders and miseries which result gradually incline the minds of men to seek security and repose in the absolute power of an individual; and sooner or later the chief of some prevailing faction, more able or more fortunate than his competitors, turns this disposition to the purposes of his own elevation, on the ruins of public liberty. …

“It serves always to distract the public councils and enfeeble the public administration. It agitates the community with ill-founded jealousies and false alarms, kindles the animosity of one part against another, foments occasionally riot and insurrection. It opens the door to foreign influence and corruption, which finds a facilitated access to the government itself through the channels of party passions. Thus the policy and the will of one country are subjected to the policy and will of another.”

True to Washington’s fears, Americans have allowed government officials, under assertions of expediency and party unity, to ignore the most basic tenets of our constitutional order: separation of powers, federalism and the rule of law. The result has been the consolidation of political power and the near disintegration of representative democracy.

These are consequences of a mind-set among the political class that loyalty to party is more important than serving the American people or protecting our governing institutions. The parties value winning for its own sake, and at whatever cost. Instead of acting as an independent branch of government and serving as a check on the executive branch, congressional leaders of both parties expect the House and Senate to act in obedience or opposition to the president and their colleagues on a partisan basis.

In this hyperpartisan environment, congressional leaders use every tool to compel party members to stick with the team, dangling chairmanships, committee assignments, bill sponsorships, endorsements and campaign resources. As donors recognize the growing power of party leaders, they supply these officials with ever-increasing funds, which, in turn, further tightens their grip on power.

The founders envisioned Congress as a deliberative body in which outcomes are discovered. We are fast approaching the point, however, where Congress exists as little more than a formality to legitimize outcomes dictated by the president, the speaker of the House and the Senate majority leader.

With little genuine debate on policy happening in Congress, party leaders distract and divide the public by exploiting wedge issues and waging pointless messaging wars. These strategies fuel mistrust and anger, leading millions of people to take to social media to express contempt for their political opponents, with the media magnifying the most extreme voices. This all combines to reinforce the us-vs.-them, party-first mind-set of government officials.

Modern politics is trapped in a partisan death spiral, but there is an escape.

Most Americans are not rigidly partisan and do not feel well represented by either of the two major parties. In fact, the parties have become more partisan in part because they are catering to fewer people, as Americans are rejecting party affiliation in record numbers.

These same independent-minded Americans, however, tend to be less politically engaged than Red Team and Blue Team activists. Many avoid politics to focus on their own lives, while others don’t want to get into the muck with the radical partisans.

But we owe it to future generations to stand up for our constitutional republic so that Americans may continue to live free for centuries to come. Preserving liberty means telling the Republican Party and the Democratic Party that we’ll no longer let them play their partisan game at our expense.

Today, I am declaring my independence and leaving the Republican Party. No matter your circumstance, I’m asking you to join me in rejecting the partisan loyalties and rhetoric that divide and dehumanize us. I’m asking you to believe that we can do better than this two-party system – and to work toward it. If we continue to take America for granted, we will lose it.