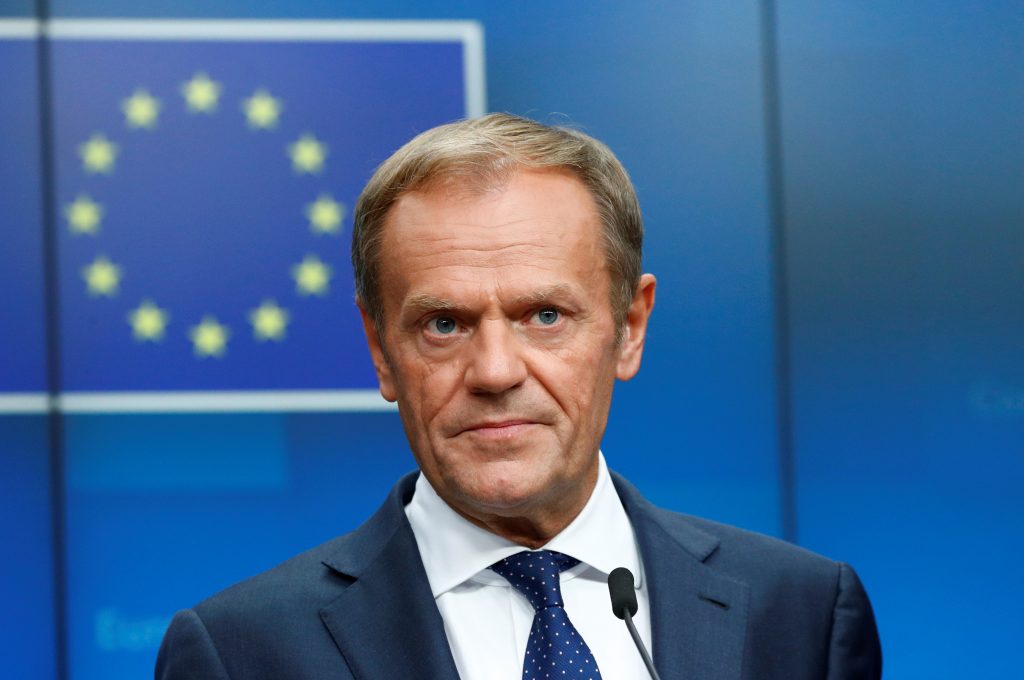 European Council President Donald Tusk appealed Thursday to hostile lawmakers to endorse a raft of nominees for some of the EU’s most coveted jobs amid accusations that he and the bloc’s leaders hand-picked the candidates in a series of shady backroom deals.

Two days after one of the longest-ever EU summits — beating even the all-nighters that marked the Greek debt crisis — Tusk struggled to convince the European Parliament of the credentials of candidates chosen more for political reasons than for their competence.

German Defense Minister Ursula von der Leyen was nominated to take over as head of the EU’s powerful executive arm, the European Commission, which proposes and enforces EU laws. It’s the first time a woman has been picked for the job, and would mark the first time a German has led the commission in decades.

“We managed to make these decisions on time,” Tusk said, as part of his effort to persuade the lawmakers meeting in Strasbourg, France, that von der Leyen and the three other nominees pass muster. “I believe they are good choices.”

He urged them to back the appointments package, given the tough choices the leaders faced in finding candidates who came from the right blend of political affiliations, countries and a mix of genders. Von der Leyen faces a confirmation vote, probably on July 15, and her chances of taking the top seat in Brussels aren’t assured.

“Only when we are united, can we counterbalance the most powerful global players,” Tusk warned. The leaders, he said, also united around the names. “It took us three days, because I wanted to be sure that every member state, big or small, from every corner of Europe, was on board when it came to the future leadership of the Union.”

But many lawmakers regretted the way the decisions were made, particularly as voters had just turned out in record numbers for bloc-wide elections in May, bringing fresh legitimacy to the European project.

“The future of European Union can no longer be decided behind closed doors and through secret plots,” said Spanish lawmaker Esteban Gonzalez Pons, whose criticism must have hurt even more, given that he comes from the same political family as Tusk, the European People’s Party, the biggest group in the assembly.

The decision was taken verbally. No vote was held, although it was acknowledged that German Chancellor Angela Merkel would abstain because of tensions in her governing coalition over von der Leyen, who held talks in Brussels Thursday with Juncker, the man she would replace.

The lawmakers’ anger was understandable. None of the candidates appeared real contenders just a week ago. Despite public insistence from leaders like French President Emmanuel Macron that only the best be chosen, the nominees’ professional credentials were low on the list of priorities. Indeed, leaders variously said the process wasn’t “a beauty contest” and that they were not “a recruiting agency.”

One lead candidate backed by the assembly — Dutch socialist Frans Timmermans, currently vice president of the commission — was knocked out of the reckoning by the Czech Republic, Slovakia, Hungary and Poland, with help from Italy. They see him as the face of immigrant quotas and EU legal action to enforce the rule of law in Hungary and Poland.

“You are supporting the euroskeptics and even nationalists,” Gonzalez Pons told Tusk, referring to the governments in those five countries.

Should von der Leyen fall, it’s possible that the package of nominations would have to be reassessed, but it remains unclear whether any other solution to this very particular European jigsaw puzzle would be possible. Only Michel was directly elected by the leaders and he faces no confirmation process.