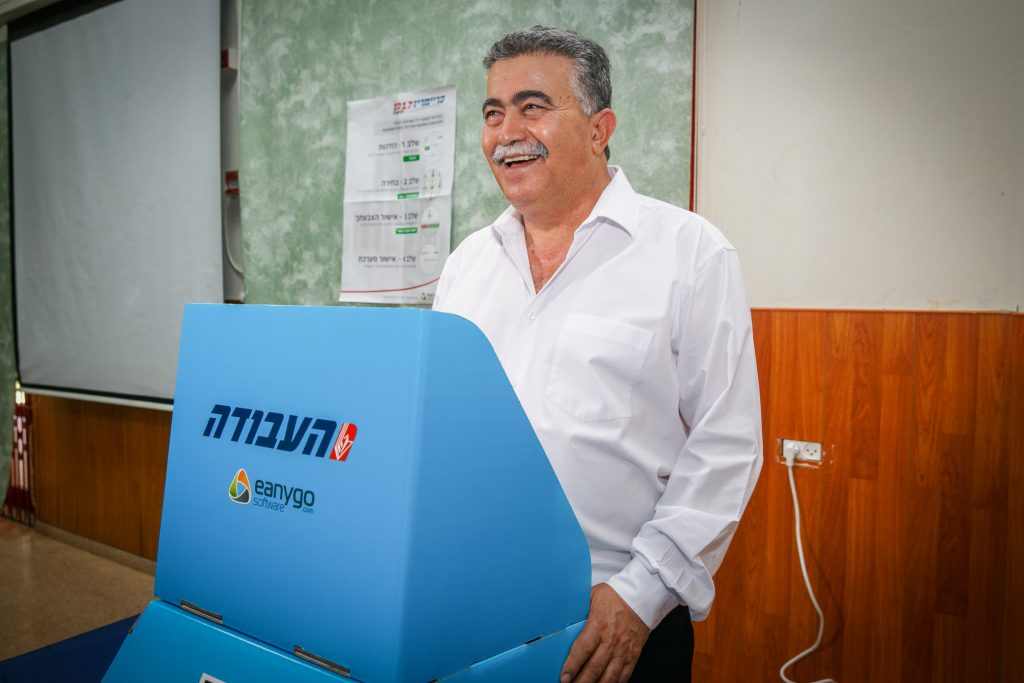 New Labor Party chairperson Amir Peretz is confident he can save the Labor Party – but if a union with Ehud Barak’s new party will bring even more Knesset seats, “I am prepared to be Barak’s number two,” he told Reshet Bet Thursday.

In the past, the two have not always gotten along, and they differ ideologically, with Peretz much more amenable to state economic activity than Barak. Nevertheless, Peretz is willing to discuss anything. “I want there to be a complete discussion and examination of the issues. I am prepared to work with him. The point is to increase the size of our camp and take votes from the right,” Peretz said.

“I intend to meet with everyone next week, from Benny Gantz to Aymen Odeh,” Peretz said, naming the heads of the Blue and White and United Arab List parties. “We have one objective and that is to increase the number of MKs in our camp. The issues of personalities will be secondary,” he added.

Earlier this week, two former members of the Labor list joined Barak’s party. One was Yair (“Yaya”) Fink, a member of the religious Zionist community who was formerly allied with Shelly Yechimovich, Barak’s nemesis when the former prime minister was a member of Labor. Fink would have been 10th on the Labor list if he had remained with the party for the upcoming September election, and based on polls unlikely to make it into the Knesset. Also joining Barak on Monday was Emilie Moattie, who would have been 16th on the Labor list. Barak has not announced who would be listed at what number on his list, which is still in formation.