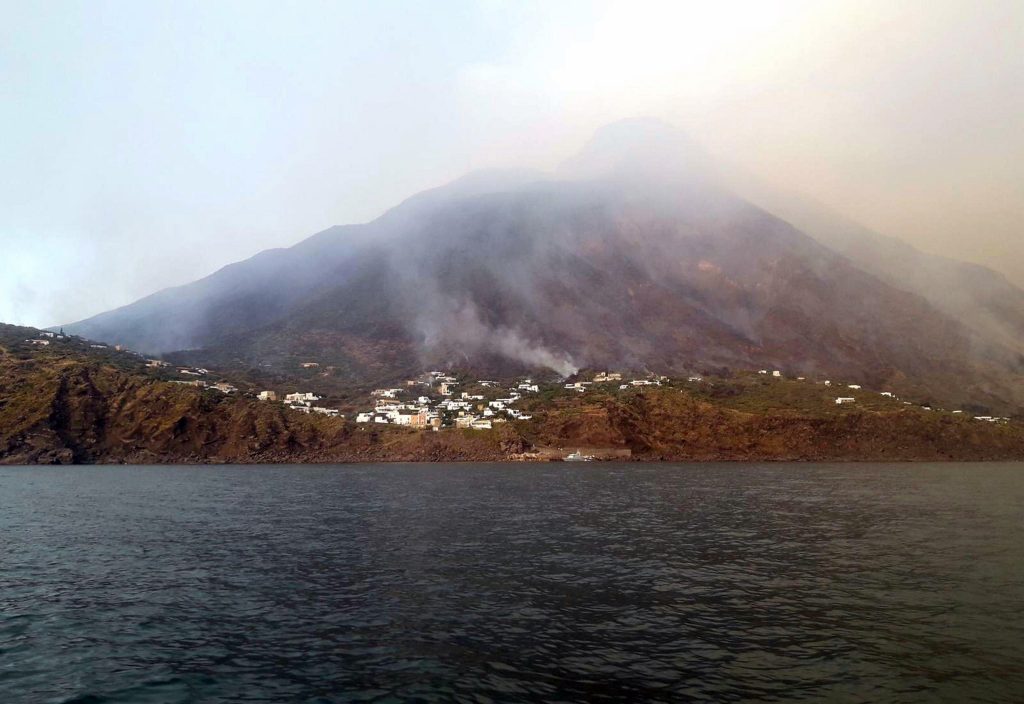 Italian news agency ANSA says eruptions from a volcano on the Sicilian island of Stromboli sent about 30 tourists jumping into the sea for safety.

Civil protection authorities said a hiker was killed during the eruptions on Wednesday. Molten material from the volcano ignited a series of fires.

Witness Gianluca Giuffre described to ANSA “a very violent explosion followed by a shower of glowing lapilli and lava material.”

Italy has three main active volcanoes: Etna on Sicily, Vesuvius near Naples and Stromboli, which shares the name of the small Sicilian island.