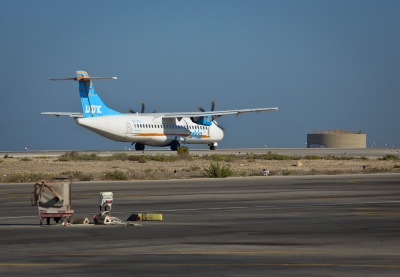 With the closure of Sdeh Dov Airport, Israel’s second largest carrier, Arkia, is set to contract its activities. A report in Yediot Acharonot said that the company was planning to let 250 workers go and to sell some planes, mostly smaller ones that were used for flights between Tel Aviv and Eilat.

“With the closure of Sdeh Dov, it is no longer profitable for us to operate our full fleet,” the report quoted Arkia CEO Avi Nakash as saying. “We are a business, and the calculations we make are based on business. We want to sell five planes that were mostly used for flights to Eilat, as well as for flights to short destinations in Europe over the summer.”

The report prompted the Histadrut to declare a work dispute Wednesday, threatening to strike if the company sends out dismissal notices to employees. In a statement, the union said that it “regretted the fact that Arkia management is choosing as its first response to the closure of Sdeh Dov the opportunity to harm workers, who have helped the company make great strides over the years. It’s a shame that instead of planning ways to succeed in the future together with workers, the company prefers to dismiss them and put the company into a state of chaos. The Histadrut will not allow this.”