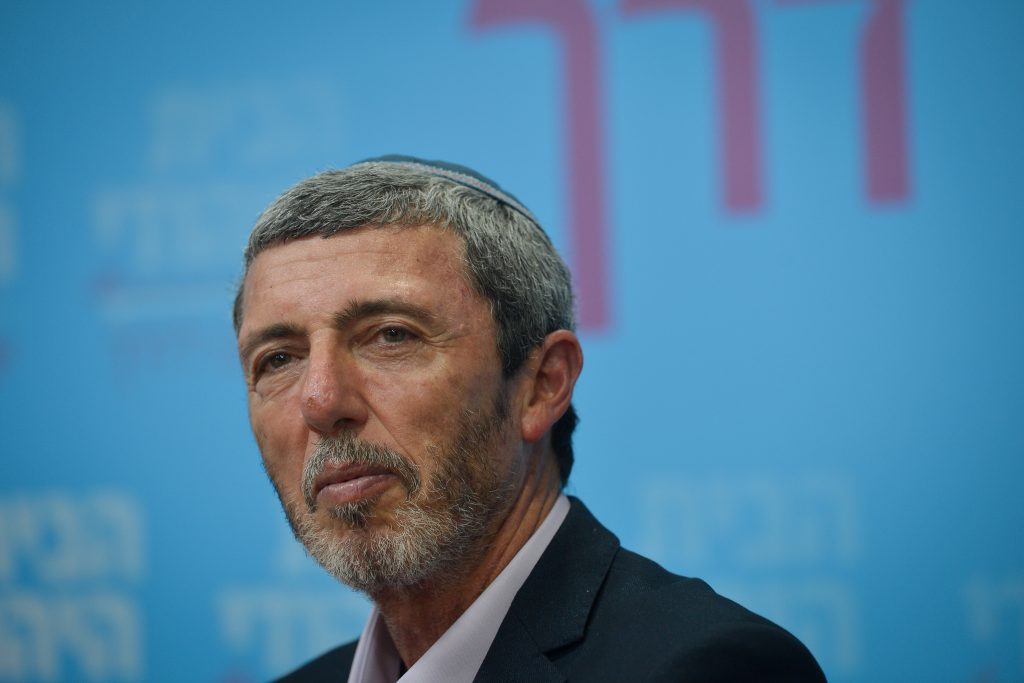 Former Justice Minister Ayelet Shaked appeared to have her political options narrowed for her on Wednesday as a number of prominent rabbis in the national-religious camp stated their opposition to her being accepted as leader of the United Right party in the upcoming elections.

Shaked has reportedly been considering whether to join Likud, New Right or United Right, if one of the latter two, in a leadership position.

However, the rabbis said that a non-observant person such as Shaked could not be the leader of a religious party.

“We support Rabbi Rafi Peretz’s position that the head of the national religious party must be a G-d-fearing Jew who observes Torah and mitzvot. This is not a personal issue but a public value-based issue of placing the Jewishness of the State of Israel as the central issue of the national religious party,” the statement signed by the rabbis stated, according to Arutz Sheva.

“The composition of the list makes a statement that expresses our priorities. This statement has far-reaching consequences for us as a public, and for the educational message we transmit to our children. Therefore, without disqualifying any other candidate, Heaven forbid, we see great importance in placing at the top of the list a figure who carries the flag of Torah.”

Prior to the last elections in April, Shaked was the No. 2 official in the Jewish Home party, currently a faction with United Right. This despite her non-religious identity, as Jewish Home sought to appeal to voters with secular as well as religious backgrounds who nevertheless share right-wing views.