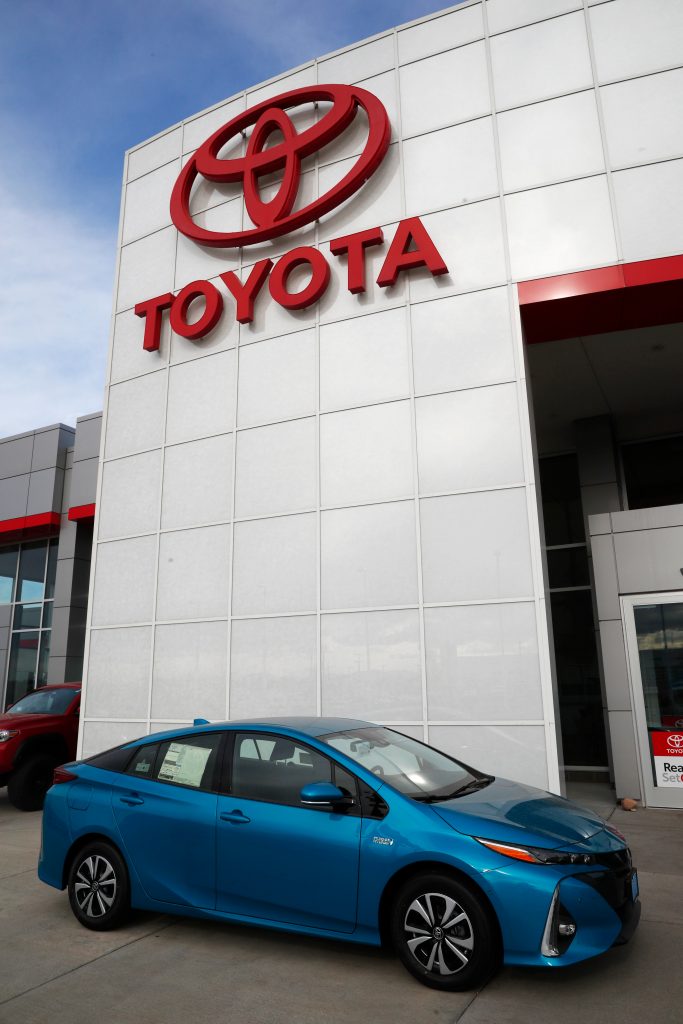 As many as 20,000 Toyota Prius owners have had electric power system failures after the company recalled their vehicles in 2014 and attempted to remedy a safety defect by modifying software.

The disclosure was made by a Toyota executive during testimony in a high-stakes, two-month-long civil trial that had closing arguments Monday in Orange County Superior Court in Santa Ana, Calif. The jury of seven men and five women is scheduled to begin deliberating on Tuesday.

The case was brought against Toyota by Roger Hogan, one of the largest Toyota dealers in Southern California, who alleges that after he began sounding alarms about the problem, Toyota retaliated against his dealerships in San Juan Capistrano and Claremont, Calif.

Separately, Toyota last week notified its dealers across the U.S. that it is again expanding the scope of the electric power system recall to include Prius models made in 2018. The original recall covered about 800,000 Priuses in the U.S. from model years 2010 to 2014. Toyota issued a second recall last October, when the company acknowledged that the first recall still left owners unsafe.

The lengthy trial involves a highly unusual battle over safety allegations between an auto manufacturer and one of its top dealerships. Hogan at one time was president of the Toyota Dealers Assn. in Southern California and describes himself as a lifelong Toyota loyalist. The company, however, during the trial, portrayed Hogan as a rogue opponent who was trying to get even with the company for its actions against one of his sons.

Toyota has disputed allegations made by Hogan that it retaliated against him for raising safety concerns, saying that his dispute with the company dates to 2016 when the company said the son was not qualified to act as a general manager. Hogan has disputed that assertion.

For Toyota, the trial resurrects some of the same issues of transparency on safety issues that it confronted with its unintended acceleration problem, which emerged in 2009 with the quadruple fatal accident involving an off-duty California Highway Patrol officer and his family. After congressional hearings, investigations by federal regulators and court battles, Toyota pledged to be more responsive to safety complaints and provide more authority for its U.S.-based safety engineers.

Toyota is alleged in the current trial to have breached those promises. All of the decisions about the electric power system and the recall remedies were made in Japan, according to Hogan’s attorney Amnon Siegel, citing testimony during the trial by Toyota executives. And Siegel alleged the company concealed the seriousness of the inverter problems and withheld key information about how the software was supposed to help prevent safety risks.

Toyota declined to answer specific questions about testimony but issued a broad statement: “Toyota is committed to the safety and security of its customers, and we are confident the evidence has shown that Toyota acted appropriately in addressing vehicle safety issues and in its business dealings with Mr. Hogan. We believe Mr. Hogan’s allegations are without merit.”

The problems with the electrical power system affect a key component known as an inverter, which boosts voltage from the battery and converts to alternating current, similar to what comes out of a household outlet. The Prius inverters were overheating and frying internal high-power transistors, leading to a loss of power that in many cases left owners stranded on the side of the road.

Toyota attempted to fix the problem by modifying the inverter software on model years 2010 to 2014, though it never disclosed how the software or its modifications would result in less overheating. The fix did not prevent the overheating, and inverter failures continued.

Tom Trisdale, vice president for product quality at Toyota Motor Sales USA, the company’s marketing arm, testified on June 11 that the company had received 18,000 to 20,000 warranty claims for inverters covered by the recall. A Toyota spokesman declined to comment on that number.

In January, Toyota told its engineering consultant Exponent, which it has used to help defend legal claims in the past, to begin analyzing the inverters, and instructed dealers to send all failed inverters directly to Exponent, according to testimony. As of March, 830 inverters and components had been sent to Exponent over a 50-day period, a rate of about 17 per day.

The company agreed in 2014 to replace the inverters under an extended warranty coverage if they did fail, but chose not to replace all of the inverters with a newer design that was released at some point in 2014.

Siegel dismissed the software fix as a strategy that saved Toyota billions of dollars, telling the jury, “If you drop your iPhone and crack the screen, you are not going to plug it in and get a software fix.”

Toyota attorney David L. Schrader told the jury Monday in closing arguments that not a single accident “related to the recall” has been confirmed. “The recall has worked,” he said.

Hogan filed a defect petition with the National Highway Traffic Safety Administration in late 2017, alleging that the software fix was not working and that inverters were still failing without entering limp home. Last summer, NHTSA met with Hogan and with Toyota officials a half dozen times.

In October 2018, Toyota issued a second recall to fix the inverter problem. In the second recall, the aim was not to prevent an inverter overheating and failure, but rather to assure that the vehicle would not lose all power, according to defect information reports filed by the company in October.

Hogan is asking for tens of millions of dollars in damages, alleging Toyota committed fraud by concealing the defects and breached good faith and fair dealing by retaliating against him in his business operations, specifically by not providing him with enough top-selling truck models and causing his sales to lag. An academic expert analyzed the vehicles Toyota provided to Hogan and his sales, concluding that the allocations cost him millions of dollars in lost profits.

The company disputed that claim, saying Hogan hadn’t earned the right to those vehicles, based on his sales record. And if Hogan is that unhappy with Toyota, Schrader said, he could sell his two dealerships for an estimated $62 million.