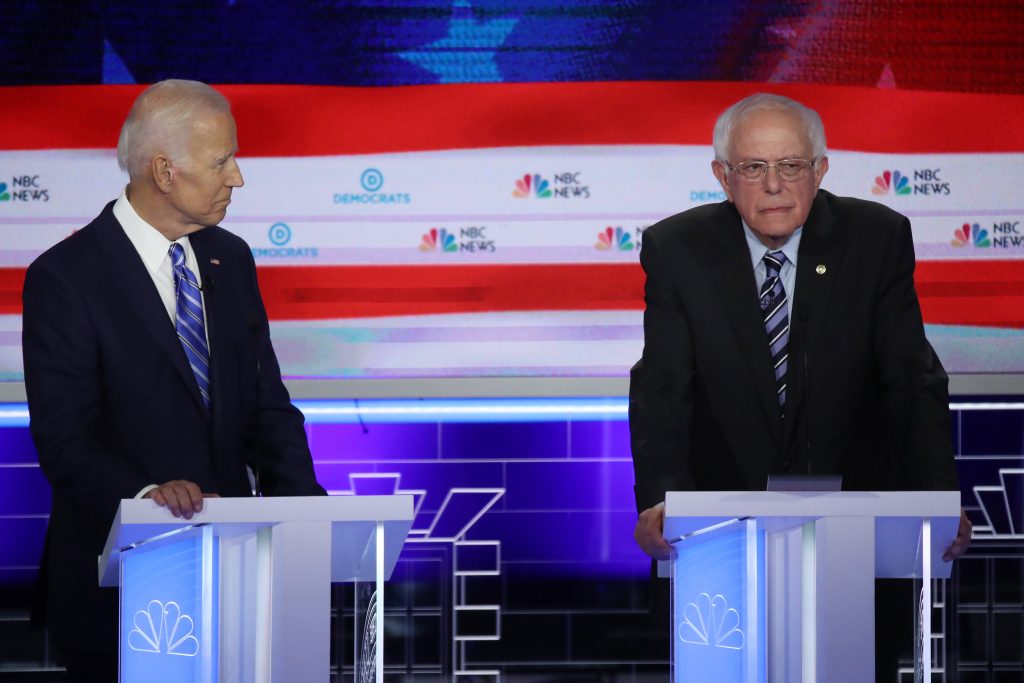 Presidential candidate Bernie Sanders raised about $18 million during the past three months, his campaign announced Tuesday, a competitive total, yet one that ensures he will not be the leading fundraiser in the Democratic race two quarters in a row.

Sanders’ campaign manager Faiz Shakir said Sanders also transferred about $6 million from prior campaign accounts during the second quarter fundraising period. The independent senator from Vermont ended the period with about $30 million in his campaign account, Shakir estimated.

South Bend, Indiana, Mayor Pete Buttigieg, the only other candidate for the Democratic nomination who has announced his second quarter numbers, raised $24.8 million, according to his campaign – sending a message across the party that he is a formidable fundraiser.

The second quarter fundraising period started April 1 and ended June 30. Candidates are required to submit their totals to the Federal Election Commission by July 15. Like Sanders, many campaigns are expected to announce their figures in advance of the deadline.

Unlike Buttigieg and some other Democratic hopefuls, Sanders has decided not to hold high-priced fundraisers, designed to attract wealthy donors. Instead, he has relied on a massive email list and a national network of smaller donors he has cultivated over the past several years.

Shakir raised concerns about candidates raising cash from wealthy donors, telling reporters on a conference call that if you rely on corporate leaders and other powerful interests, “You’ve compromised yourself on being able to deliver on the policy changes people desperately want.”

Competition for campaign funds has proved to be intense so far this year. President Donald Trump’s campaign said Tuesday that, along with affiliated committees, it raised $54 million in the second quarter. The Republican National Committee, which is helping his reelection effort, brought in $51 million, according to the Trump campaign.

Sanders raised $18.2 million during the first quarter of the year, a sum that established him as the early leader in the money chase. He ended that period with about $28 million in his account. At the time, the Democratic field was smaller than it is now; former vice president Joe Biden, who is the leading candidate in recent polls, was not yet in the contest.

But the Sanders campaign has struggled to keep that early momentum going. Sanders’s firm grip on second place to Biden in the polls has slipped in recent weeks, amid the rise of Sens. Elizabeth Warren of Massachusetts and Kamala Harris of California. A CNN poll released Monday showed 22 percent supported Biden, 17 percent chose Harris, 15 percent picked Warren, and 14 percent went with Sanders.

Sanders held one in-person fundraiser during the second quarter. Admission to the June 1 event in San Francisco started at $27. Some attendees gave more. About 900 people attended the fundraiser, Shakir said, adding that the event brought in about $80,000.

The senator plans to focus his travel on early nominating states in the coming weeks, according to his advisers. He intends to campaign in Iowa and Nevada this week. Sanders also plans to travel to South Carolina in the near future, according to Jeff Weaver, a senior adviser on the Sanders campaign.