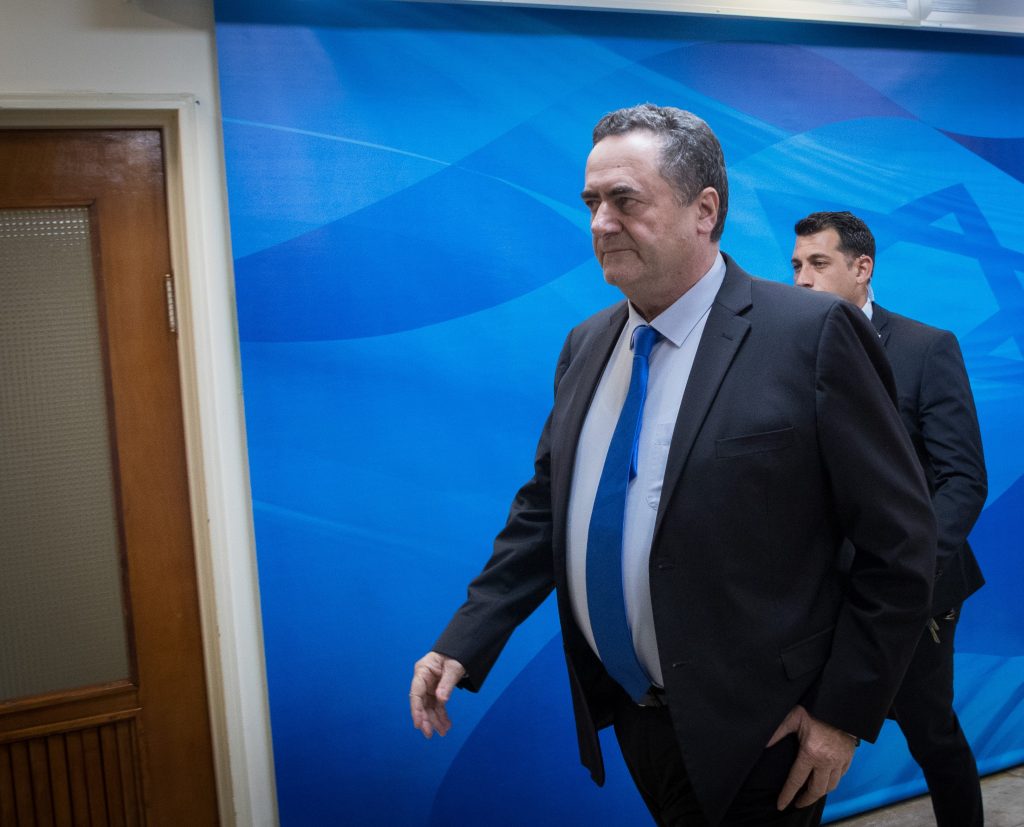 Israel is preparing for its possible military involvement in any escalation in the Gulf confrontation between Iran and the United States, the Israeli foreign minister said on Tuesday.

The unravelling of the 2015 Iran nuclear deal under U.S. diplomatic pressure, Iran’s downing of a U.S. drone and its alleged role in the holing of oil tankers in the Gulf have driven up tensions and stirred war worries.

Foreign Minister Yisrael Katz told an international security forum that Iran might accidentally stumble out of what he termed the “gray zone” of contained confrontation.

“It should be taken into account that mistaken calculations by the (Iranian) regime…are liable to bring about a shift from the ‘gray zone’ to the ‘red zone’ – that is, a military conflagration,” he said in a speech to the Herzliya Conference, an annual security forum.

“We must be prepared for this, and thus the State of Israel continues to devote itself to building up its military might for the event that it will have to respond to escalation scenarios.”

Earlier on Tuesday, Katz predicted that what he described as the U.S.-led “economic war” on Iran would succeed despite the msigivings of other world powers.

“Iran has no chance in this war,” he told Israel’s Army Radio. “Therefore there is an opportunity there, through the tough economic pressure and the comprehensive sanctions, to prevent war, to achieve the objectives without war.”