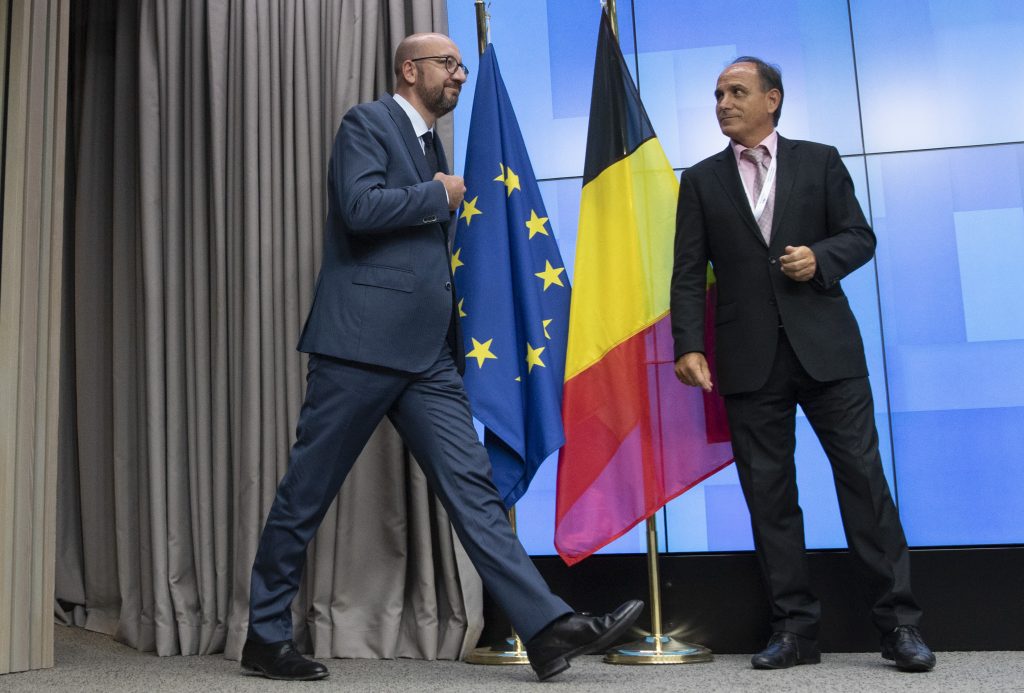 The European Parliament needs to give final approval, but, if confirmed, von der Leyen would be the first woman to fill the European Union’s top job.

Those decisions came after weeks of negotiations, including one marathon session that began Sunday evening and continued until Monday afternoon.

Wrangling for the EU’s senior posts is always complex, but this year’s negotiations reflected an increasingly divided Europe. The talks broke the record for length of an EU summit and continued even after the European Parliament began its new five-year session on Tuesday.

The continent’s center-right bloc has held the presidencies of the European Commission, Council and Parliament in recent years. This time around, though, the pan-European party’s first pick for Commission president, Manfred Weber, failed to command support among the leaders of the EU’s 28 countries. He had never held office outside the European Parliament, and some leaders felt his resumé was too slim for the top job.

A compromise emerged in the form of Dutch Social Democrat Frans Timmermans. But Timmermans had gained enemies in Central Europe after confronting the leaders of Hungary, Poland and Romania with concerns about the health of their democracies.

Some leaders also said they wanted more women represented in the highest ranks of the EU.

Von der Leyen, 60, has emerged as a tough advocate for Germany and NATO in her years as defense minister. At home, she has pushed for more defense spending, a major focus of dispute with the United States. Abroad, she has cheered the value of diplomacy and multilateralism, in implicit rebuke to President Donald Trump.

But she has also come under fire for the woeful state of the German military, which suffers from years of underinvestment and neglect. Many helicopters can’t fly. Many tanks don’t drive.

Von der Leyen was born in Belgium to a former EU civil servant and is the mother of seven children. She is seen as a Francophile.

Germany has at times held back from seizing the reins of the most powerful EU job, fearing blowback since it is already the biggest economy in Europe and the deciding force within the EU.

But with the pick of von der Leyen, Merkel showed she was ready to cement her legacy in Europe by installing a close ally to the top job. Merkel herself is on her way out, a weakened force at home and abroad.

The European Commission is the bureaucratic arm of the European Union, a 32,000-employee-strong juggernaut charged with writing EU regulations and enforcing them. Its reach is global: the digital privacy laws that it wrote have forced changes by U.S. tech companies. Its antitrust enforcement is often more aggressive than in the United States. And, in concert with European leaders, it has tried to push an ambitious plan to fight climate change.

The European Commission’s president is empowered to strike trade deals on behalf of the 500 million EU citizens, negotiate Brexit and enforce Europe’s powerful regulations. The influence of the job reaches far beyond European borders, since its standards often force changes across the globe.