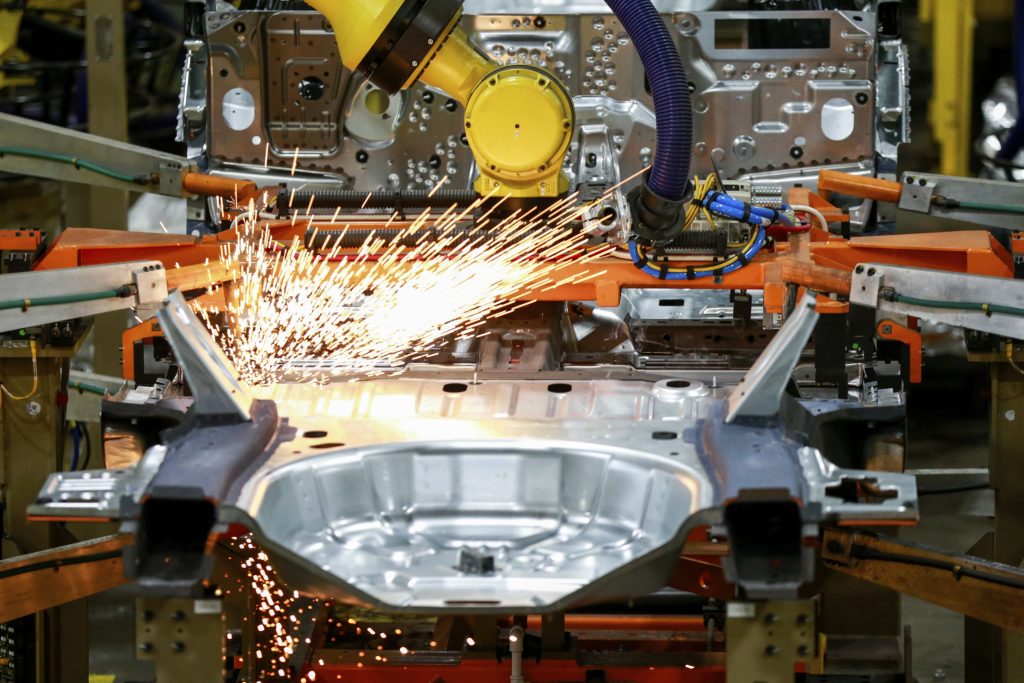 U.S. factory activity grew at a slower pace in June for the third straight month as measures of new orders and inventories fell.

The Institute for Supply Management, an association of purchasing managers, said Monday that its manufacturing index slipped to 51.7 last month from 52.1 in May. Any reading above 50 signals an expansion.

While the sector is still growing, the report pointed to an ongoing weakening in U.S. manufacturing. Trade fights with China, Europe and Mexico, as well as an increase in the dollar’s value, have cut into U.S. exports and increased uncertainty for American manufacturers.

A measure of new orders dropped to 50, which means they were unchanged. Manufacturers are also holding fewer supplies, a sign they are worried that demand could slow further.

“It’s concerning,” said Tim Fiore, chair of the ISM’s manufacturing survey committee. “This is going down faster than I would like.”

The ISM surveys purchasing managers at manufacturing firms, nearly half of whom said that trade policy was negatively affecting their businesses in some way.

“Tariffs are causing an increase in the cost of goods, meaning U.S. consumers are paying more for products,” a chemical manufacturer told the ISM.

There were some positive signs: Production and employment increased at a faster pace in June.

President Donald Trump has postponed two of his largest, most recent tariff threats, but that hasn’t fully removed the threat to manufacturers. He agreed over the weekend to hold more trade talks with China, rather than impose import taxes on $300 billion of Chinese imports. He also delayed an across-the-board 25% duty on all imports from Mexico, which he threatened to impose in May.

Yet those threats still loom and are forcing many manufacturers to rethink their supply chains.

“The situation is crazy, driving a huge amount of work (and) costs, as well as potential supply disruptions,” a computer and electronics company told ISM.