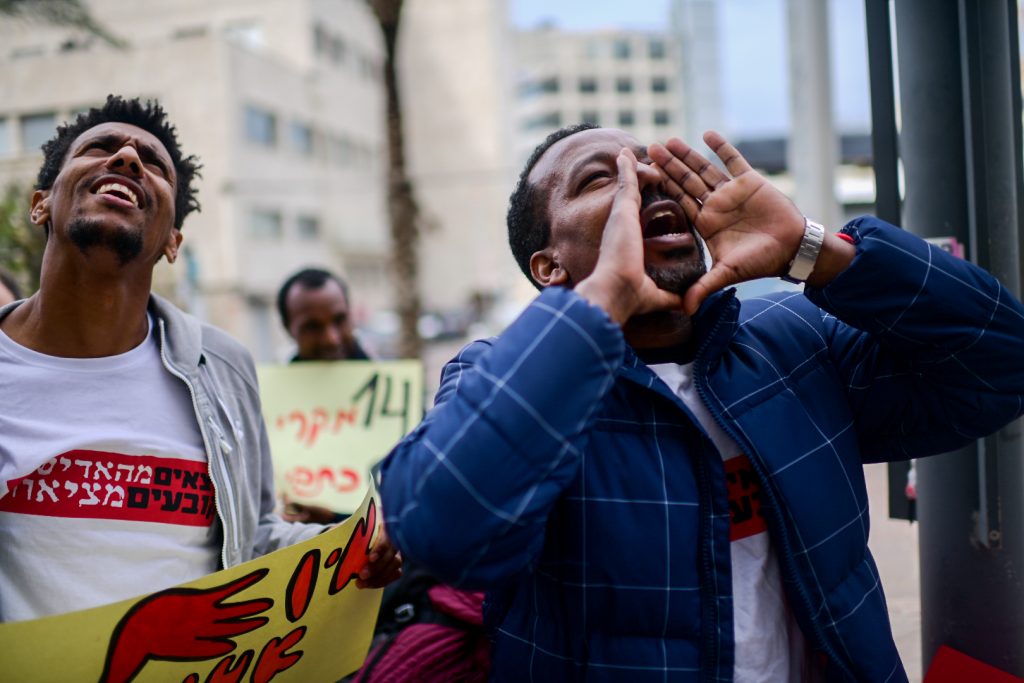 An off-duty policeman who was involved in a shooting Sunday night in the Haifa suburb of Kiryat Haim was under arrest Monday, as police conducted an investigation into the background of the shooting of Salomon Taka, an 18-year-old member of the Ethiopian community in the city.

Taka was killed when the officer, who was not named, opened fire on him because, according to police, he felt that his life and the life of his family was in danger.

Public Security Minister Gilad Erdan expressed his “shock” at the incident, saying that “any incident in which someone is killed is serious and requires immediate investigation. All necessary steps to facilitate this investigation will be taken,” and adding that he expected the Police Internal Affairs unit “to quickly investigate this matter, with full transparency.”

MK Penina Tamno-Shatta (Blue and White) accused police of being “trigger-happy” in the incident, opening fire on Ethiopian youths without thinking twice. “They have made the blood of our children cheap, they shoot at us like ducks on a target range.”

Tamno-Shatta, herself a member of the Ethiopian community, promised a “sharp and fierce response by the community in response to the failures of the government and the failures of police to investigate these kinds of incidents. Unfortunately each shooting incident gets worse.”

According to police, the officer was in a park with his family during the evening hours of Sunday, when he noticed a fight breaking out among some teenagers. The off-duty officer tried to intervene and break up the fight. He identified himself as a police officer, but the youths then began throwing rocks at him. Police said the officer felt his life was in danger, and he opened fire.

It is not clear if he was aiming at Taka, but the youth was mortally wounded. He was rushed to Rambam Hospital in Haifa, where he died of his wounds. Witnesses said that Taka was shot when he tried to run away from the officer. The officer will be arraigned at a Haifa court Monday, and a decision will be made on whether or not to release him.