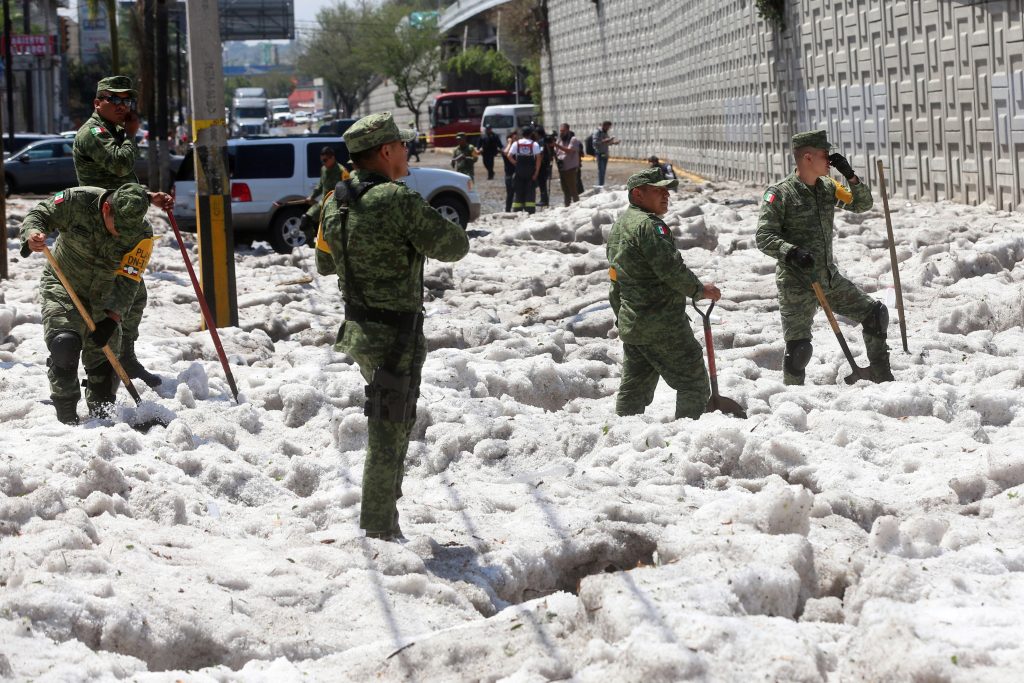 The Mexican city of Guadalajara was struck by a surprise summer hailstorm on Sunday morning.

Following weeks of hot summer weather, with temperatures averaging around 88F (31C) residents woke up to more than three feet of ice on Sunday.

Government officials sprang into action to try to get the roads cleared and support people whose homes had been damaged.  The army has been working with state and local authorities to remove all the hail from the roads. Nearly 200 properties were damaged and at least 50 vehicles were buried under piles of hail, or swept away by the flow of ice in hilly areas.

Enrique Alfaro Ramirez, governor of Jalisco, the state of which Guadalajara is the capital, said that he had never seen anything like this before. He commented on social media,  “Hail more than a meter high and then we wonder if climate change exists.”

There were no injuries or fatalities, but the state Civil Protection Office reported that two people showed “early signs of hypothermia.”